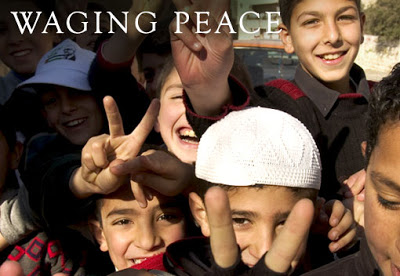 End the Occupation of Iraq — and Afghanistan
by Marjorie Cohn / July 29, 2008

So far, Bush’s plan to maintain a permanent U.S. military presence in Iraq has been stymied by resistance from the Iraqi government. Barack Obama’s timetable for withdrawal of American troops has evidently been joined by Iraqi Prime Minister Nuri al-Maliki, Bush has mentioned a “time horizon,” and John McCain has waffled. Yet Obama favors leaving between 35,000 and 80,000 U.S. occupation troops there indefinitely to train Iraqi security forces and carry out “counter-insurgency operations.” That would not end the occupation. We must call for bringing home — not redeploying — all U.S. troops and mercenaries, closing all U.S. military bases, and relinquishing all efforts to control Iraqi oil.

In light of stepped up violence in Afghanistan, and for political reasons — following Obama’s lead — Bush will be moving troops from Iraq to Afghanistan. Although the U.S. invasion of Afghanistan was as illegal as the invasion of Iraq, many Americans see it as a justifiable response to the attacks of September 11, 2001, and the casualties in that war have been lower than those in Iraq — so far. Practically no one in the United States is currently questioning the legality or propriety of U.S. military involvement in Afghanistan. The cover of Time magazine calls it “The Right War.”

The U.N. Charter provides that all member states must settle their international disputes by peaceful means, and no nation can use military force except in self-defense or when authorized by the Security Council. After the 9/11 attacks, the Council passed two resolutions, neither of which authorized the use of military force in Afghanistan. Resolutions 1368 and 1373 condemned the September 11 attacks, and ordered the freezing of assets; the criminalizing of terrorist activity; the prevention of the commission of and support for terrorist attacks; the taking of necessary steps to prevent the commission of terrorist activity, including the sharing of information; and urged ratification and enforcement of the international conventions against terrorism.

The invasion of Afghanistan was not legitimate self-defense under article 51 of the Charter because the attacks on September 11 were criminal attacks, not “armed attacks” by another country. Afghanistan did not attack the United States. In fact, 15 of the 19 hijackers came from Saudi Arabia. Furthermore, there was not an imminent threat of an armed attack on the United States after September 11, or Bush would not have waited three weeks before initiating his October 2001 bombing campaign. The necessity for self-defense must be “instant, overwhelming, leaving no choice of means, and no moment for deliberation.” This classic principle of self-defense in international law has been affirmed by the Nuremberg Tribunal and the U.N. General Assembly.

Bush’s justification for attacking Afghanistan was that it was harboring Osama bin Laden and training terrorists. Iranians could have made the same argument to attack the United States after they overthrew the vicious Shah Reza Pahlavi in 1979 and he was given safe haven in the United States. The people in Latin American countries whose dictators were trained in torture techniques at the School of the Americas could likewise have attacked the torture training facility in Ft. Benning, Georgia under that specious rationale.

Those who conspired to hijack airplanes and kill thousands of people on 9/11 are guilty of crimes against humanity. They must be identified and brought to justice in accordance with the law. But retaliation by invading Afghanistan is not the answer and will only lead to the deaths of more of our troops and Afghanis.

The hatred that fueled 19 people to blow themselves up and take 3,000 innocents with them has its genesis in a history of the U.S. government’s exploitation of people in oil-rich nations around the world. Bush accused the terrorists of targeting our freedom and democracy. But it was not the Statue of Liberty that was destroyed. It was the World Trade Center — symbol of the U.S.-led global economic system, and the Pentagon — heart of the U.S. military, that took the hits. Those who committed these heinous crimes were attacking American foreign policy. That policy has resulted in the deaths of two million Iraqis — from both Bill Clinton’s punishing sanctions and George W. Bush’s war. It has led to uncritical support of Israel’s brutal occupation of Palestinian lands; and it has stationed more than 700 U.S. military bases in foreign countries.

Conspicuously absent from the national discourse is a political analysis of why the tragedy of 9/11 occurred and a comprehensive strategy to overhaul U.S. foreign policy to inoculate us from the wrath of those who despise American imperialism. The “Global War on Terror” has been uncritically accepted by most in this country. But terrorism is a tactic, not an enemy. You cannot declare war on a tactic. The way to combat terrorism is by identifying and targeting its root causes, including poverty, lack of education, and foreign occupation.

There are already 60,000 foreign troops, including 36,000 Americans, in Afghanistan. Large increases in U.S. troops during the past year have failed to stabilize the situation there. Most American forces operate in the eastern part of the country; yet by July 2008, attacks there were up by 40 percent. Zbigniew Brzezinski, national security advisor for Jimmy Carter, is skeptical that the answer for Afghanistan is more troops. He warns that the United States will, like the Soviet Union, be seen as the invader, especially as we conduct military operations “with little regard for civilian casualties.” Brzezinski advocates Europeans bribing Afghan farmers not to cultivate poppies for heroin, as well as the bribery of tribal warlords to isolate al-Qaeda from a Taliban that is “not a united force, not a world-oriented terrorist movement, but a real Afghan phenomenon.”

We might heed Canada’s warning that a broader mission, under the auspices of the United Nations instead of NATO, would be more effective. Our policy in Afghanistan and Pakistan should emphasize economic assistance for reconstruction, development and education, not for more weapons. The United States must refrain from further Predator missile strikes in Pakistan, and pursue diplomacy, not occupation.

Nor should we be threatening war against Iran, which would also be illegal and result in an unmitigated disaster. The U.N. Charter forbids any country to use, or threaten to use, military force against another country except in self-defense or when the Security Council has given its blessing. In spite of the U.N. International Atomic Energy Agency’s conclusion that there is no evidence Iran is developing nuclear weapons, the White House, Congress, and Israel have continued to rattle the sabers in Iran’s direction. Nevertheless, the antiwar movement has so far fended off passage of HR 362 in the House of Representatives, a bill which is tantamount to a call for a naval blockade against Iran — considered an act of war under international law. Credit goes to United for Peace and Justice, Code Pink, Peace Action, and dozens of other organizations that pressured Congress to think twice before taking that dangerous step.

We should pursue diplomacy, not war, with Iran; end the U.S. occupation of Iraq; and withdraw our troops from Afghanistan.

Marjorie Cohn is president of the National Lawyers Guild and a professor at Thomas Jefferson School of Law. She is the author of Cowboy Republic: Six Ways the Bush Gang Has Defied the Law and her new book, Rules of Disengagement: The Politics and Honor of Military Dissent (co-authored with Kathleen Gilberd), will be published this winter. Her articles are archived at http://www.marjoriecohn.com/.