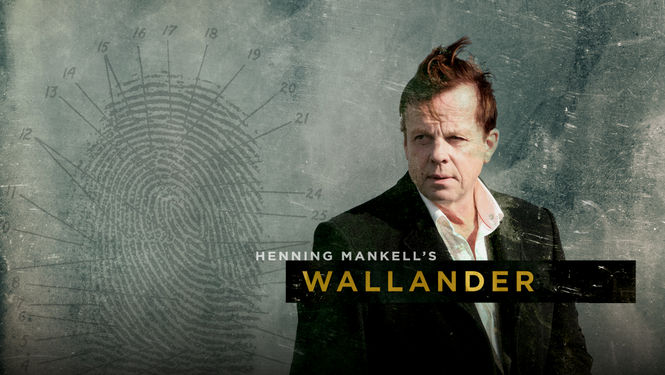 Wallander is a Swedish TV series adapted from Henning Mankell’s Police Chief Inspector Kurt Wallander novels, ably starring Krister Henriksson in the title role. Three seasons of 32 episodes aired from 2005 to 2013, with all of them available on Netflix disks under the title Henrik Mankell’s Wallander. The stories are set in Ystad near the southern tip of Sweden, and they are very twisty and dramatic; I enjoyed them all.

In 2007, great British actor Kenneth Branagh met Mankell at an Ingmar Bergman film festival and obtained the author’s permission to star in an English-language version of the series, also shot in Ystad and vicinity (except for a very exciting episode shot in Riga, Latvia). To add to the drama, the role of Wallander’s dying father Povel, stricken with Alzheimer’s, was played by magnificent English actor David Warner (BAFTA Best Actor nominee for 1966’s Morgan: A Suitable Case for Treatment).

The BBC now charges $4.99 for episodes of its series at YouTube, but the Swedish version can be enjoyed there for free, including this episode.

Wallander, who lives on the beach by the Baltic Sea with his lovable dog Jussi, has a frustrating off-again/on again-romance with the woman prosecutor who works in his office and lives next door. He also has problems with his ex-wife and adult daughter.

The writing on both series is excellent, although my wife found the British series a bit slow and Branagh’s character too moody and depressed for her taste. I thought he was solid, as always. 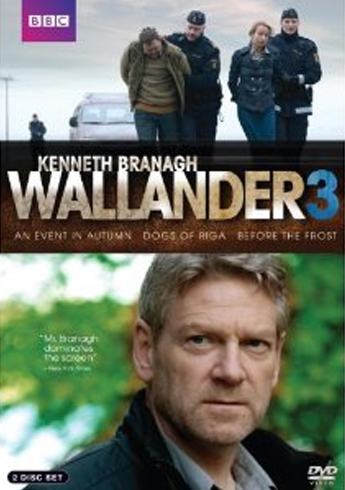 In selecting to produce an English language Wallander, the BBC wanted a returning detective series that would have the same powerful audience appeal as mega-hits Inspector Morse, Prime Suspect, and Cracker.

So far, between 2008 and now, three seasons of three 90-minute Wallander episodes have been produced by a British cast (all available on Netflix), and a fourth season is currently shooting. In the U.S. they have aired on PBS’s “Masterpiece Mystery.”

Branagh describes Wallander as “an existentialist who is questioning what life is about and why he does what he does every day, and for whom acts of violence never become normal. There is a level of empathy with the victims of crime that is almost impossible to contain, and one of the prices he pays for that sort of empathy is a personal life that is a kind of wasteland.”

‘Wallander’ has been nominated for
25 major awards.

In its three seasons, Wallander has been nominated for 25 major awards, winning 11. The wins include five BAFTAs and a Broadcasting Press Guild Best Actor for Branagh. Among the noms were eight for Branagh (including Emmy, Golden Globe, and BAFTA), the “Best Dramatic Series” BAFTA, UK Crime Thriller “Best Supporting Actress” for Sara Smart, and “Best Supporting Actor” for Tom Hiddleston.

Smart plays Wallander’s right-hand gal Anne-Britt, and something very shocking happens to her just as she is about to be transferred and promoted. (We do not see it coming.) Smart has 50 film and TV credits, including New Tricks, Death in Paradise, Midsomer Murders,  Agatha Christie’s Poirot, Dalziel and Pascoe, and A Touch of Frost.

Tom Hiddleston, who plays Wallander’s colleague Inspector Magnus Martinsson, has earned three awards and 16 nominations for works including The Avengers, Thor and Midnight in Paris.

The series deals with government corruption, racist murders, serial killing, a tense hunt for Latvian killers, murderous religious mania, and many other murder-related topics of interest.

So far, each series has dramatized different works of Mankell’s. Both series shoot in south Sweden, and on one August day both series were shooting at the Ystad railway station, 120 feet apart.

To date, Wallander has been sold to Slovenia, Canada, Poland, Luxembourg, Belgium, France, Finland, and seven other countries.

The British series resulted in an 18% increase in tourism to Ystad and far southern Sweden.