A Disturbing Pattern of Military Behaviour 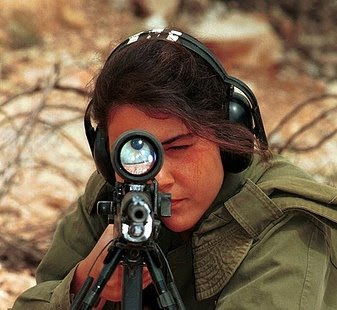 Is There an Army Cover-Up of Rape and Murder of Women Soldiers?
By Ann Wright, April 29, 2008

The Department of Defense statistics are alarming – one in three women who join the US military will be sexually assaulted or raped by men in the military. The warnings to women should begin above the doors of the military recruiting stations, as that is where assaults on women in the military begin – before they are even recruited.

But, now, even more alarming, are deaths of women soldiers in Iraq and in the United States following rape. The military has characterized each death of women who were first sexually assaulted as deaths from “noncombat related injuries,” and then added “suicide.” Yet, the families of the women whom the military has declared to have committed suicide strongly dispute the findings and are calling for further investigations into the deaths of their daughters. Specific US Army units and certain US military bases in Iraq have an inordinate number of women soldiers who have died of “noncombat related injuries,” with several identified as “suicides.”

Of the 94 US military women who died in Iraq or in OIF, the military says 36 died from noncombat related injuries, which included vehicle accidents, illness, death by “natural causes” and self-inflicted gunshot wounds, or suicide. The military has declared the deaths of the Navy women in Bahrain, which were killed by a third sailor, as homicides. Five deaths have been labeled as suicides, but 15 more deaths occurred under extremely suspicious circumstances.

Eight women soldiers from Fort Hood, Texas, (six from the Fourth Infantry Division and two from the 1st Armored Cavalry Division) have died of “noncombat related injuries” on the same base, Camp Taji, and three were raped before their deaths. Two were raped immediately before their deaths and another raped prior to arriving in Iraq. Two military women have died of suspicious “noncombat related injuries” on Balad base, and one was raped before she died. Four deaths have been classified as “suicides.”

Nineteen-year-old US Army Pvt. Lavena Johnson was found dead on the military base in Balad, Iraq, in July, 2005, and her death characterized by the US Army to be suicide from a self-inflicted M-16 shot. On April 9, 2008, Dr. John Johnson and his wife Linda, parents of Private Johnson, flew from their home in St. Louis for meetings with US Congress members and their staffs. They were in Washington to ask that Congressional hearings be conducted on the Army’s investigation into the death of their daughter, an investigation that classified her death as a suicide despite extensive evidence suggesting she was murdered.

From the day their daughter’s body was returned to them, the parents had grave suspicions about the Army’s investigation into Lavena’s death and the characterization of her death as suicide. In charge of a communications facility, Lavena was able to call home daily. In those calls, she gave no indication of emotional problems or being upset. In a letter to her parents, Lavena’s commanding officer Capt. David Woods wrote, “Lavena was clearly happy and seemed in very good health both physically and emotionally.”

In viewing his daughter’s body at the funeral home, Dr. Johnson was concerned about the bruising on her face. He was puzzled by the discrepancy in the autopsy report on the location of the gunshot wound. As a US Army veteran and a 25-year US Army civilian employee who had counseled veterans, he was mystified how the exit wound of an M-16 shot could be so small. The hole in Lavena’s head appeared to be more the size of a pistol shot rather than an M-16 round. He questioned why the exit hole was on the left side of her head, when she was right handed. But the gluing of military uniform white gloves onto Lavena’s hands, hiding burns on one of her hands, is what deepened Dr. Johnson’s concerns that the Army’s investigation into the death of his daughter was flawed.

Read all of it here. / Truthout