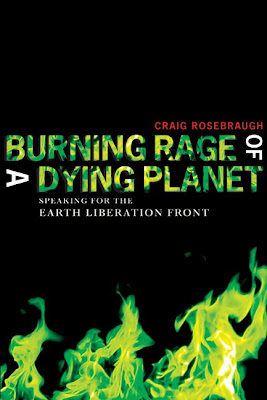 Earth Liberation Front Believed Responsible For Arson At Multimillion-Dollar Seattle Homes
By Elizabeth M. Gillespie / March 3, 2008
WOODINVILLE, Wash. — Three seven-figure dream homes went up in flames early Monday in a Seattle suburb, apparently set by eco-terrorists who left a sign mocking the builders’ claims that the 4,000-plus-square-foot houses were environmentally friendly.
The sign — a sheet marked with spray paint — bore the initials ELF, for Earth Liberation Front, a loose collection of radical environmentalists that has claimed responsibility for dozens of attacks since the 1990s.
The sheriff’s office estimated that Monday’s pre-dawn fires did $7 million in damage to the “Street of Dreams,” a row of unoccupied, furnished luxury model homes where tens of thousands of visitors last summer eyed the latest in high-end housing, interior design and landscaping. Three homes were destroyed and two had minor fire or smoke damage.
Crews removed incendiary devices found in the homes, Snohomish County District 7 Fire Chief Rick Eastman said. Later, however, Kelvin Crenshaw, special agent in charge of the Bureau of Alcohol, Tobacco and Firearms in Seattle, said there was no evidence such devices had been used.
The FBI was investigating the fires as a potential domestic terrorism act, said FBI spokesman Rich Kolko in Washington, D.C.
No injuries were reported in the fires, which began before dawn in the wooded subdivision and were still smoldering by midmorning.
The sign left behind said in red scraggly letters, “Built Green? Nope black!” and “McMansions in RCDs r not green,” a reference to rural cluster developments.
One alleged ELF activist is on trial in Tacoma in the 2001 firebombing of the University of Washington’s Center for Urban Horticulture. In another case out of Portland, Ore., environmental activist and former fugitive Tre Arrow pleaded not guilty Monday to ecoterrorism charges and was ordered held as a flight risk and public danger.
Investigators were not immediately aware of any evidence linking the fires to either criminal case, Seattle FBI agent Fred Gutt said.
The homes that burned were between 4,200 and 4,750 square feet, are on sale at prices up to nearly $2 million.
Builders involved with the project said the homes used “green” techniques such as water-pervious sidewalks, super-insulated walls and windows and products made with recycled materials, such carpet pads.
“We all built our houses to higher standards to try to demonstrate best practices in the industry,” said Grey Lundberg, whose company CMI Homes built one of the homes that was destroyed.
Many cities have events similar to the Seattle Street of Dreams, which has been held since the 1980s. Advertising for last summer’s show focused on the environmentally friendly aspects of the homes, which were smaller than some of the houses featured in years past.
“We are stunned by this event, and we thank God that each of the homes were unoccupied and that there were no apparent injuries,” Seattle Street of Dreams Inc. President John Heller said in a news release.
The homes are in a development near the headwaters of Bear Creek, which is home to endangered chinook salmon. Opponents of the development had questioned whether the luxury homes could pollute the creek and an aquifer that is a drinking water source, and whether enough was done to protect nearby wetlands.
The FBI has said the ELF and a sister group, the Animal Liberation Front, have committed hundreds of criminal acts.
ELF is known for trying to cause economic damage to companies or organizations it considers to be harming the environment. The group has no organized structure or leadership; typically, autonomous cells of activists take “direct actions” such as arsons and claim responsibility on behalf of ELF.
In 2005, federal authorities charged more than a dozen people involved in an ELF cell known as “the Family” and centered near Olympia, Wash., and Eugene, Ore. The group was responsible for at least 17 fires around the West from 1996 to 2001 _ most notoriously, the 1998 destruction of a lodge at the Vail ski resort in Colorado, a fire that caused $12 million in damage.
A federal jury in Tacoma was deliberating in the case of another accused ELF activist. Briana Waters could face at least 35 years if convicted of helping to firebomb the UW horticulture building in 2001.
Waters’ lawyer, Robert Bloom, asked the judge to declare a mistrial Monday morning, citing the possibility that the fires _ and their ensuing publicity _ could influence the jury.
“It is inconceivable that anybody who is supporting Briana’s case could have been responsible for this,” Bloom said.
The judge rejected Bloom’s request.
Waters, a 32-year-old violin teacher from Oakland, Calif., is accused of serving as a lookout while her friends planted the firebomb, which caused $7 million in damage. The horticulture center was targeted because the ELF activists mistakenly believed researchers there were genetically engineering trees, investigators said.
Tre Arrow is accused of helping to destroy concrete-mixing trucks at Ross Island Sand and Gravel Co. in Portland in April 2001 and of firebombing logging trucks at Schoppert Logging Co. in Eagle Creek near Mount Hood in June 2001.
ELF has timed attacks with criminal cases in the past. A few days before Jeff Luers was to be tried in 2001 on charges he torched three SUVs at a Eugene, Ore., car dealership, ELF activists hit the same dealership again. Luers was convicted.

1 Response to Arson Blamed on Eco-Terrorists