Canary in the Mineshaft : Cautionary Tales of Suicide, Bigotry 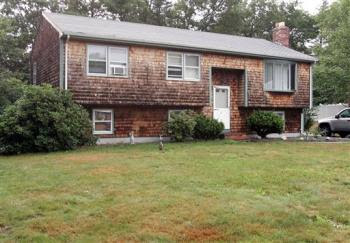 Was this house worth dying for?
In this July 23, 2008 file photo, the Taunton, Mass. house This was the home of Carlene Balderrama, 53, who fatally shot herself soon after faxing a letter to her mortgage company July 22, saying that by the time they foreclosed on her house that day, she would be dead. Photo by Stephen Senne / AP. 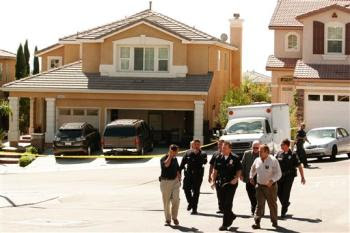 House of horrors: but it’s not Halloween yet.
Los Angeles Police investigators walk to a news conference in front of the home where six bodies were found in a gated community in a San Fernando Valley neighborhood. Karthik Rajaram, 45, a former money manager, fatally shot his wife, three sons and his mother-in-law before killing himself. Photo by Damian Dovarganes / AP.
ONE: Bankruptcies, foreclosures bring rash of suicides
By Kelli Kennedy / Oct 14, 2008

Second tale, Below: Man terrorizes election office, wants to ‘keep the nigger out of office.’

An out-of-work money manager in California loses a fortune and wipes out his family in a murder-suicide. A 90-year-old Ohio widow shoots herself in the chest as authorities arrive to evict her from the modest house she called home for 38 years.

In Massachusetts, a housewife who had hidden her family’s mounting financial crisis from her husband sends a note to the mortgage company warning: “By the time you foreclose on my house, I’ll be dead.”

Then Carlene Balderrama shot herself to death, leaving an insurance policy and a suicide note on a table.

Across the country, authorities are becoming concerned that the nation’s financial woes could turn increasingly violent, and they are urging people to get help. In some places, mental-health hot lines are jammed, counseling services are in high demand and domestic-violence shelters are full.

“I’ve had a number of people say that this is the thing most reminiscent of 9/11 that’s happened here since then,” said the Rev. Canon Ann Malonee, vicar at Trinity Church in the heart of New York’s financial district. “It’s that sense of having the rug pulled out from under them.”

With nowhere else to turn, many people are calling suicide-prevention hot lines. The Samaritans of New York have seen calls rise more than 16 percent in the past year, many of them money-related. The Switchboard of Miami has recorded more than 500 foreclosure-related calls this year.

“A lot of people are telling us they are losing everything. They’re losing their homes, they’re going into foreclosure, they’ve lost their jobs,” said Virginia Cervasio, executive director of a suicide resource enter in southwest Florida’s Lee County.

• In Los Angeles last week, a former money manager fatally shot his wife, three sons and his mother-in-law before killing himself.

Karthik Rajaram, 45, left a suicide note saying he was in financial trouble and contemplated killing just himself. But he said he decided to kill his entire family because that was more honorable, police said.

Rajaram once worked for a major accounting firm and for Sony Pictures, and he had been part-owner of a financial holding company. But he had been out of work for several months, police said.

After the murder-suicide, police and mental-health officials in Los Angeles took the unusual step of urging people to seek help for themselves or loved ones if they feel overwhelmed by grim financial news. They said they were specifically afraid of the “copycat phenomenon.”

“This is a perfect American family behind me that has absolutely been destroyed, apparently because of a man who just got stuck in a rabbit hole, if you will, of absolute despair,” Deputy Police Chief Michel Moore said. “It is critical to step up and recognize we are in some pretty troubled times.”

• In Tennessee, a woman fatally shot herself last week as sheriff’s deputies went to evict her from her foreclosed home.

Pamela Ross, 57, and her husband were fighting foreclosure on their home when sheriff’s deputies in Sevierville came to serve an eviction notice. They were across the street when they heard a gunshot and found Ross dead from a wound to the chest. The case was even more tragic because the couple had recently been granted an extra 10 days to appeal.

• In Akron, Ohio, the 90-year-old widow who shot herself on Oct. 1 is recovering.

A congressman told Addie Polk’s story on the House floor before lawmakers voted to approve a $700 billion financial rescue package. Mortgage finance company Fannie Mae dropped the foreclosure, forgave her mortgage and said she could remain in the home.

• In Ocala, Fla., Roland Gore shot his wife and dog in March and then set fire to the couple’s home, which had been in foreclosure, before killing himself.

His case was one of several in which people killed spouses or pets, destroyed property or attacked police before taking their own lives.

“The financial stress builds up to the point the person feels they can’t go on, and the person believes their family is better off dead than left without a financial support,” said Kristen Rand, legislative director of the Washington D.C.-based Violence Policy Center.

Dr. Edward Charlesworth, a clinical psychologist in Houston, said the current crisis is breeding a sense of chronic anxiety among people who feel helpless and panic-stricken, as well as angry that their government has let them down.

“They feel like in this great society that we live in we should have more protection for the individuals rather than just the corporation,” he said.

It’s not yet clear there is a statistical link between suicides and the financial downturn since there is generally a two-year lag in national suicide figures. But historically, suicides increase in times of economic hardship. And the current financial crisis is already being called the worst since the Great Depression.

Rising mortgage defaults and falling home values are at the heart of it. More than 4 million Americans were at least one month behind on their mortgages at the end of June, according to the Mortgage Bankers Association.

A record 500,000 had entered the foreclosure process. And that trend is expected to continue through next year, despite the current programs from the government and the lending industry to refinance delinquent homeowners into more affordable loans.

Counselors at Catholic Charities USA report seeing a “significant increase” in the need for housing counseling.

One counselor said half of her clients were on some form of antidepressant or anti-anxiety medication. The agency has seen a decrease in overall funding, but it has expanded foreclosure counseling and received nearly $2 million for such services in late 2007.

Adding to financially tense households is an air of secrecy. Experts said it’s common for one spouse to blame the other for their financial mess or to hide it entirely, as Balderrama did.

After falling 3 1/2 years behind in payments, the Taunton, Mass., housewife had been intercepting letters from the mortgage company and shredding them before her husband saw them. She tried to refinance but was declined.

In July, on the day the house was to be auctioned, she faxed the note to the mortgage company. Then the 52-year-old walked outside, shot her three beloved cats and then herself with her husband’s rifle.

Notes left on the table revealed months of planning. She’d picked out her funeral home, laid out the insurance policy and left a note saying, “pay off the house with the insurance money.”

“She put in her suicide note that it got overwhelming for her,” said her husband, John Balderrama. “Apparently she didn’t have anyone to talk to. She didn’t come to me. I don’t know why. There’s gotta be some help out there for people that are hurting, (something better) than to see somebody lose a life over a stupid house.” 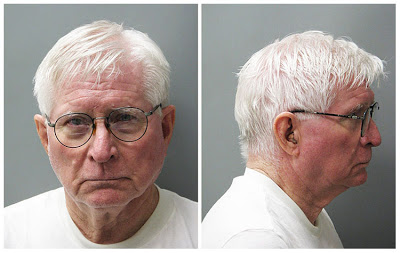 TWO: ‘Keep the Nigger out of office’

QUACHITA PARISH, La. — Angered by a delay in the receipt of his voter registration card, a Louisiana man today threatened election officials, claiming that he urgently needed to cast a ballot to “keep the nigger out of office,” according to police.

Wade Williams, 75, was arrested this morning on a felony terrorizing charge after allegedly calling the Registrar of Voters and warning that he would come to the state office and empty his shotgun unless he got his registration card. Using profanity and racial slurs, Williams told a state official “about needing to vote to ‘keep the nigger out of office,” according to an Ouachita Parish Sheriff’s Office affidavit, a copy of which you’ll find here. Though the document does not name the candidate to which Williams is so violently opposed, it seems likely he was referring to Democratic presidential candidate Barack Obama.

After being arrested at his Monroe home, Williams was booked into the Ouachita Correctional Center, where the mug shot [above] was snapped. En route to the jail, he “continued his ‘tirade’ about niggers and also stated that he had a shotgun, but had it hidden at his residence,” reported Lt. Michael Judd.

[Editor’s note. The Smoking Gun site spelled the offending word “n*gger.” I choose not to soften the blow. –.td]