Chris Hedges on Refusing to Support the Democrats 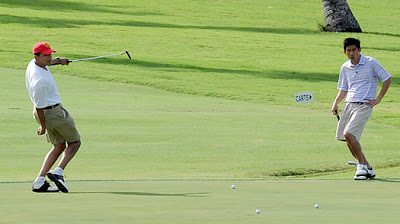 The timidity of the left exposes its cowardice, lack of a moral compass and mounting political impotence. The left stands for nothing.

Obama lies as cravenly, if not as crudely, as George W. Bush. He promised us that the transfer of $12.8 trillion in taxpayer money to Wall Street would open up credit and lending to the average consumer. The Federal Deposit Insurance Corporation (FDIC), however, admitted last week that banks have reduced lending at the sharpest pace since 1942.

As a senator, Obama promised he would filibuster amendments to the FISA Reform Act that retroactively made legal the wiretapping and monitoring of millions of American citizens without warrant; instead he supported passage of the loathsome legislation. He told us he would withdraw American troops from Iraq, close the detention facility at Guantánamo, end torture, restore civil liberties such as habeas corpus, and create new jobs. None of this has happened.

He is shoving a health care bill down our throats that would give hundreds of billions of taxpayer dollars to the private health insurance industry in the form of subsidies, and force millions of uninsured Americans to buy insurers’ defective products. These policies would come with ever-rising co-pays, deductibles and premiums and see most of the seriously ill left bankrupt and unable to afford medical care.

Obama did nothing to halt the collapse of the Copenhagen climate conference, after promising meaningful environmental reform, and has left us at the mercy of corporations such as ExxonMobil. He empowers Israel’s brutal apartheid state. He has expanded the war in Afghanistan and Pakistan, where hundreds of civilians, including entire families, have been slaughtered by sophisticated weapons systems such as the Hellfire missile, which sucks the air out of victims’ lungs. And he is delivering war and death to Yemen, Somalia and perhaps Iran.

The illegal wars and occupations, the largest transference of wealth upward in American history and the egregious assault on civil liberties, all begun under George W. Bush, raise only a flicker of tepid protest from liberals when propagated by the Democrats.

Liberals, unlike the right wing, are emotionally disabled. They appear not to feel. The tea-party protesters, the myopic supporters of Sarah Palin, the veterans signing up for Oath Keepers and the myriad of armed patriot groups have swept into their ranks legions of disenfranchised workers, angry libertarians, John Birchers, and many who, until now, were never politically active. They articulate a legitimate rage.

Yet liberals continue to speak in the bloodless language of issues and policies, and leave emotion and anger to the protofascists. Take a look at the 3,000-word suicide note left by Joe Stack, who flew his Piper Cherokee last month into an IRS office in Austin, Texas, murdering an IRS worker and injuring dozens. He was not alone in his rage.

“Why is it that a handful of thugs and plunderers can commit unthinkable atrocities (and in the case of the GM executives, for scores of years) and when it’s time for their gravy train to crash under the weight of their gluttony and overwhelming stupidity, the force of the full federal government has no difficulty coming to their aid within days if not hours?” Stack wrote.

“Yet at the same time, the joke we call the American medical system, including the drug and insurance companies, are murdering tens of thousands of people a year and stealing from the corpses and victims they cripple, and this country’s leaders don’t see this as important as bailing out a few of their vile, rich cronies.

“Yet, the political ‘representatives’ (thieves, liars, and self-serving scumbags is far more accurate) have endless time to sit around for year after year and debate the state of the ‘terrible health care problem’. It’s clear they see no crisis as long as the dead people don’t get in the way of their corporate profits rolling in.”

It is time to walk out on the Democrats. It is time to back alternative third-party candidates and grass-roots movements, no matter how marginal such support may be. If we do not take a stand soon we must prepare for the rise of a frightening protofascist movement, one that is already gaining huge ground among the permanently unemployed, a frightened middle class and frustrated low-wage workers.

We are, even more than Glenn Beck or tea-party protesters, responsible for the gusts fanning the flames of right-wing revolt because we have failed to articulate a credible alternative.

A shift to the Green Party, McKinney, and Nader, along with genuine grass-roots movements, will not be a quick fix. It will require years in the wilderness. We will again be told by the Democrats that the least-worse candidate they select for office is better than the Republican troll trotted out as an alternative.

We will be bombarded with slick commercials about hope and change and spoken to in a cloying feel-your-pain language. We will be made afraid. But if we again acquiesce we will be reduced to sad and pathetic footnotes in our accelerating transformation from a democracy to a totalitarian corporate state.

Isolation and ridicule — ask Nader or McKinney — is the cost of defying power, speaking truth and building movements. Anger at injustice, as Martin Luther King wrote, is the political expression of love. And it is vital that this anger become our own. We have historical precedents to fall back upon.

“Here in the United States, at the beginning of the twentieth century, before there was a Soviet Union to spoil it, you see, socialism had a good name,” the late historian and activist Howard Zinn said in a lecture a year ago at Binghamton University. “Millions of people in the United States read socialist newspapers. They elected socialist members of Congress and socialist members of state legislatures. You know, there were like 14 socialist chapters in Oklahoma. Really. I mean, you know, socialism — who stood for socialism? Eugene Debs, Helen Keller, Emma Goldman, Clarence Darrow, Jack London, Upton Sinclair. Yeah, socialism had a good name. It needs to be restored.”

Social change does not come through voting. It is delivered through activism, organizing, and mobilization that empower groups to confront the hegemony of the corporate state and the power elite. The longer socialism is identified with the corporatist policies of the Democratic Party, the longer we allow the right wing to tag Obama as a socialist, the more absurd and ineffectual we become.

The right-wing mantra of “Obama the socialist,” repeated a few days ago to a room full of Georgia Republicans, by Newt Gingrich, the former U.S. speaker of the House, is discrediting socialism itself. Gingrich, who looks set to run for president, called Obama the “most radical president” the country had seen in decades. “By any standard of government control of the economy, he is a socialist,” Gingrich said. If only the critique were true.

This means refusing to support the Democrats. It means undertaking the laborious work of building a viable socialist movement. It is the only alternative left to save our embattled open society. We can begin by sending a message to the Green Party, McKinney and Nader. Let them know they are no longer alone.

This entry was posted in RagBlog and tagged Barack Obama, Progressives. Bookmark the permalink.

4 Responses to Chris Hedges on Refusing to Support the Democrats