Saying Coal Can Be Clean Doesn’t Make It So 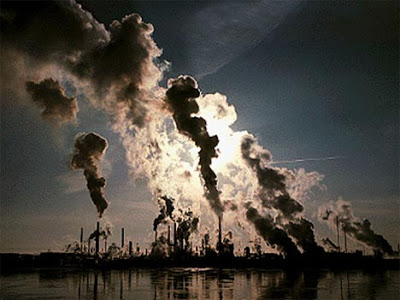 The dirty truth behind clean coal

If you’ve tuned in to the Winter Olympics this past week, you likely sat through repeated showings of a multimillion-dollar public relations campaign paid for by Big Coal regarding the potential laurels of “clean-coal” technology. The premise of the 30-second spot is simple: Coal can be clean and America needs to wean itself off of foreign crude and create jobs back home by tapping our nation’s vast coal reserves.

Indeed, the effort to paint coal as environmentally friendly is not an easy endeavor, especially when the climate movement has picked up speed and lambasted the industry for contributing more than its fair share to the global warming dilemma.

Activists around the world have targeted coal for a number of reasons. First, coal is still plentiful (compared to gas and oil) so stopping its use will largely curtail carbon output down the road. Second, it is the dirtiest of all fossil fuels. Lastly, in the U.S. the fleet of coal-fired power plants is almost old enough to file for Medicare, so these aging plants are sitting ducks for closure efforts.

“NASA climate scientist James Hansen… has demonstrated two things in recent papers,” writes environmental author and activist Bill McKibben about the need to axe coal. “One, that any concentration of carbon dioxide greater than 350 parts per million in the atmosphere is not compatible with the ‘planet on which civilization developed and to which life on earth is adapted.’ And two, that the world as a whole must stop burning coal by 2030 — and the developed world well before that — if we are to have any hope of ever getting the planet back down below that 350 number.”

If this were a prize fight, Big Coal would be the battered boxer in the corner of the ring, shuffling away in an attempt to avoid the repeated jabs anti-coal warriors and scientists have been tossing its way. In 2009, not one new coal plant broke ground in the United States. Over 100 new plants were canceled or abandoned, largely due to the public’s awareness that coal isn’t the fuel of the future but a scourge of the past.

Clearly there is a reason for the coal industry’s recent PR stunts. Big Coal is losing, and its best attempts to persuade the public about coal’s green potential are failing miserably.

At the heart of “clean-coal” logic is the idea that carbon dioxide produced from burning coal can be captured and buried underground before it is ever released into the atmosphere where it will contribute to the earth’s warming for centuries to come. Despite the fact that this technology, dubbed Carbon Capture and Storage (CCS), doesn’t actually exist in any real capacity in the United States, it has not stopped the coal lobby from spreading the filthy myths.

Given the reality of climate change, Big Coal is banking on CCS to help it navigate its tenuous future, so much so that they are already touting the virtues of CCS to the public. Not surprisingly, the industry’s pals in Washington, including virtually all the senators (Republican and Democrat alike) from coal-producing states, are going to bat for the beleaguered industry.

Certainly the effort to greenwash one of the most prolific and dirtiest energy sources on the planet does not come without a hefty price tag. The proposed Waxman-Markey climate bill, for example, is set to provide a whopping $60 billion in subsidies for “clean-coal” technologies. President Obama is on board and nary a word of opposition has peeped out of the Beltway. To put this amount of money in perspective, the coal industry itself, measured by its falling Wall Street stock, is only worth about $50 billion. The subsidies are a bailout by a different name. 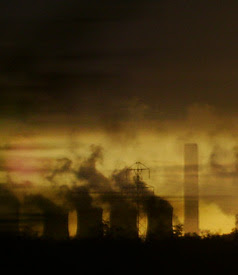 Photo from London Permaculture.
In theory, in order for CCS to work, large underground geological formations would have to house this carbon dioxide. But according to a recent peer-reviewed article in the Society of Petroleum Engineers’ publication, the CCS jig is up and the technology just doesn’t seem feasible.

“Earlier published reports on the potential for sequestration fail to address the necessity of storing CO2 in a closed system,” writes report author Professor Michael Economides in an editorial for the Casper, Wyoming, Star-Tribune. “Our calculations suggest that the volume of liquid or supercritical CO2 to be disposed cannot exceed more than about 1 percent of pore space. This will require from 5 to 20 times more underground reservoir volume than has been envisioned by many, including federal government laboratories, and it renders geologic sequestration of CO2 a profoundly non-feasible option for the management of CO2 emissions.”

To put this in laymen’s terms, the areas that would house carbon produced from coal plants will have to be much larger than originally predicted. So much so, in fact, that it makes CCS absolutely improbable. By Professor Economides’ projections, a small 500 MW plant’s underground CO2 reservoir would need to be the size of a small state like Vermont to even work.

“There is no need to research this subject any longer,” adds Economides. “Let’s try something else.”

Let’s take that a step further and add that we ought to bag the idea that coal can be clean altogether. The public investment in clean-coal technology is a fraud and will only serve as a life-support system for an industry that must be phased out completely over the course of the next two decades.

Putting billions of dollars behind a dead-end theory will not bring about the energy changes our country and climate so drastically need.

This entry was posted in RagBlog and tagged Coal, Energy Crisis, Environment. Bookmark the permalink.