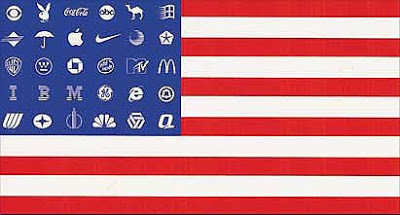 There is nothing more terrifying to corporate America than the prospect of dealing with its workforce on an even playing field, and, along with allies on the Right, it’s pulling out all the stops to keep that from happening. At stake is much more than the usual tax breaks, trade deals and relentless deregulation; corporations are gearing up for a fight to preserve a status quo in which the largest share of America’s national income goes to profits and the smallest share to wages since the Great Depression — in fact, since the government started tracking those figures.

There will be many heated legislative battles if 2008 shakes out with larger Congressional majorities for Democrats and an Obama White House — fights over war and peace, energy policy, health care reform and immigration. But it may be a bill that many Americans have never heard of that sparks the most pitched battle Washington has seen since the Civil Rights Act. It’s called the Employee Free Choice Act (EFCA) — a measure that would go a long way toward guaranteeing working people the right to join a union if they so choose — and it has the potential to reverse more than three decades of painful stagflation, with prices rising and paychecks flat, for America’s middle class and working poor.

The Chamber of Commerce, D.C. lobbyists, firms that rely on cheap labor and a host of “astroturf” front groups are building a war chest that could reach hundreds of millions of dollars in an effort to build a firewall against EFCA and other efforts to put a check on corporate power and rebuild a declining middle class. A recent report on the front page of the Wall Street Journal about how Wal-Mart — the nation’s largest employer — is “mobilizing its store managers and department supervisors” in an effort to discourage its workers from voting Democratic this fall generated quite a bit of controversy. According to a report in the National Journal that received less attention, “several business-backed groups … (including) two fledgling coalitions fighting labor-supported legislation and the conservative political group Freedom’s Watch are trying to raise $100 million for issue advocacy and get-out-the-vote efforts to benefit about 10 GOP Senate races.”

It’s the EFCA — the idea that working people who want to join a union can — that has corporate America quaking in its collective boots. The bill passed the House easily in 2007 — by 56 votes — and had majority support in the Senate. But it didn’t reach the 60 votes required to kill a GOP-led filibuster, and that massive war chest being amassed by the corporate Right is, in part, an attempt to maintain a firewall of at least 41 anti-union senators — mostly Republicans joined by a few corporatist Dems — to kill the bill in the 2009 Congress. President Bush threatened to veto the legislation if it had passed in 2007, but this time around, they fear that a Democrat will be sitting in the White House. Obama was a co-sponsor of the 2007 legislation; McCain opposed it.

The prospect of a filibuster-proof majority that’s sympathetic to the needs of ordinary working Americans, according to the National Journal, is making “business groups jittery.” Polls show that the economy is Americans’ number one concern going into this fall’s election; fully 75 percent of Americans believe the country is on the wrong track, and these well-funded groups are intent on keeping it firmly on that track.

American Wages and the Law of Supply and Demand

At the heart of the bloody cage match that’s likely to come is this: In economic terms, the wages of many — probably most — Americans represent a “market failure” of massive proportions. Even the most devout of free-marketeers — economists like Alan Greenspan and the late Milton Friedman — agree that it’s appropriate and necessary for government to intervene in the case of those failures (they believe it’s the only time that such “meddling” is appropriate). But the corporate Right, which claims to have an almost religious reverence for the power of “free” and functional markets, has gotten fat off of this particular market failure, and it’s dead-set on continuing to game the system for its own enrichment.

About 1 in 4 Americans has at least a four-year college degree, and many of those degrees are even worth something in the labor market (sorry, art history majors). Others — Derek Jeter, Bill Gates, a gifted artist or a writer who can turn a decent phrase — have specialized skills that allow them to command an income that’s as high as the market for their scarce talents will bear. There are also people with more common skills who have the scratch (and/or connections) and fortitude to establish their own businesses — think George W. Bush or a really great mechanic who owns his or her own shop.

That leaves a lot of people (about 80 percent of working America) who are hourly workers — “wage slaves” in the traditional sense. There’s no doubt that their salaries are heavily influenced by the laws of supply and demand. We saw that clearly in the latter half of the 1990s, when, under Bill Clinton, the Fed allowed the economy to grow at a fast clip, unemployment dropped below 4 percent, and for a brief period, a three-decade spiral in inequality was reversed as wages grew for people in every income bracket.

But a common fallacy is that wages are determined by market forces. They’re not, for a variety of reasons that require more explanation than space permits. I’ll focus on two: what economists call “information asymmetries” and coercion. Both are anathema to a functional free market, and both exist today, in abundance, in the American workplace.

To understand these failures of the free market, one has to go back, briefly, to basic economic theory. In order for a free market transaction to work, both the buyer and the seller need to have a good grasp of what the product being sold — in this case, people’s sweat — is worth elsewhere, who else is buying and selling, etc. In other words, they have to have more or less equal access to information. There can be no misrepresentation by either the buyer or the seller in a free market transaction. And both parties have to enter into the transaction freely, without being coerced; neither side can exercise power or undue influence over the other, whether implicitly or explicitly, through threats or other means.

Now let’s look at how that theoretical construct plays out in the real world of the American workplace. When an individual worker negotiates a price for their time, effort and dedication with any business bigger than a mom-and-pop operation, there’s quite a bit of explicit coercion (much of it in violation of our labor laws), which I’ll get to shortly. But there’s always an element of inherent coercion when an individual negotiates with a company alone, because of the power differential: a company that’s shorthanded by one person will continue to function, while a person without a job is up a creek with no paddle, unable to put a roof over his or her head or food on the table.

The “information asymmetries” in such a negotiation are immense — they’re actually more like process asymmetries. Companies spend millions of dollars on human resource experts, consultants, labor lawyers, etc., and they know both the conditions of the market and the ins and outs of the labor laws in intimate detail. While working people with rarified skills are often members of trade associations or guilds, read trade journals and have a pretty good sense of what the market will bear, many low- and semi-skilled workers don’t know their rights under the labor laws, don’t know how to assert them and (rightfully) fear reprisals when they do. They often have little knowledge of the financial health — or illness, as the case may be — of the company to which they’re applying for a job, how profitable it is, how much similar workers in other regions or firms earn, etc.

For the majority of Americans who lack scarce talents or a high level of education, negotiating a price for one’s time with a firm on an individual basis is anything but a free market transaction. And that’s where collective bargaining comes in — when workers bargain as a group, they do so on a level playing field with employers, and the resulting wages (and benefits) are as high as the market can bear, but no higher.

Unions, like corporations, have a great deal of information about the market. They know how a firm is doing, how profitable it is and where it is relative to the larger industry in which it operates. They know what deals workers at other plants have negotiated. They have attorneys who are just as familiar with the American labor laws as their counterparts in management.

And while an individual has very little leverage in negotiations — again, most companies can do with one less worker — collectively, an entire work force has the ability to shut down or at least slow down a company’s operations if management chooses not to negotiate in good faith (as is often the case).

It’s not difficult to quantify the difference between what most hourly employees take home and what the free market would dictate. Economists Lawrence Mishel and Matthew Walters estimate the “union wage premium” — the amount of additional pay a unionized worker receives compared with a similar worker who isn’t a member of a union — at around 20 percent (that’s in keeping with other studies, using different methodologies, which put the premium in a range between 15 and 25 percent). If one includes benefits — health care, paid vacations, etc. — union members make almost 30 percent more than their nonunion counterparts.

Another way of looking at it is this: Millions of American families are scraping by on below-market wages, and if that weren’t the case, there wouldn’t be such a large group of American families among the “working poor.” In economic theory, it’s a given that a producer can’t sell his or her wares below the cost of production. The equivalent to the cost of producing a gizmo, when we’re talking about the sale of someone’s working hours, is the cost of providing basic necessities — nutritious food, safe housing and decent medical care. These are out of reach for the almost 3 million American families who work full-time and live beneath the poverty level. According to the Working Poor Families Project, half of the working poor have no health insurance.

It’s important to understand that unionization doesn’t just boost the incomes of union members. When an industry has a certain threshold of unionization, all workers, whether unionized or nonunionized, end up with a fairer share of the pie. Mishel and Matthew point out that a high school graduate who doesn’t belong to a union but who works in an industry that has a rate of union membership of 25 percent or higher brings home 5 percent more in wages than a similar worker in a less unionized industry.

Unions, Coercion and the Long Decline

Those are the tangibles, but there are intangibles as well. When enough workers are organized, and can speak with one voice, they represent a powerful influence on the political establishment — one that is largely absent in America today. Inequality, stagnant wages, out-of-reach health care costs, rising prices for food and energy, dwindling opportunities to get an affordable, high-quality education and a host of other issues that have a real impact on most American families are all issues that a healthy labor movement can force politicians to address