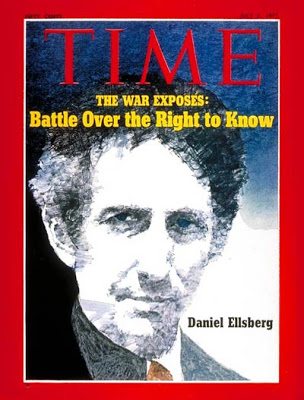 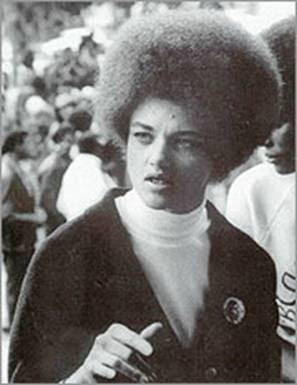 See more about Daniel Ellsberg, Kathleen Cleaver and the SDS Comic Show Below.

Daniel Ellsberg and Kathleen Cleaver headline an interdisciplinary conference being held this week at the University of Texas at Austin.

Ellsberg, former military analyst best known for his role in releasing the Pentagon Papers during the Vietnam War is the initial keynote speaker at 1968 A Global Perspective on the campus of UT Austin. Ellsberg speaks on “Secrecy and Presidential Wars: Lessons of ’68” tonight, Tuesday, Oct. 7, at 7:30 at Jessen Auditorium.

The Rag Blog co-editor Thorne Dreyer and contributor Alice Embree, both active with SDS in the sixties and currently involved with MDS/Austin, will help run a roundtable discussion on “SDS and Student Activism Today” Saturday at 2:30 pm in MEZ B0.306 on the UT campus. There will be a number of other panels and workshops during the weekend.

Associated events during the week include the following:

* Exhibition: To the Moon: The American Space Program in the 1960s, LBJ Library and Museum.

The conference takes place October 10-12, and is being held in tandem with the Fifth Annual Graduate Comparative Literature Conference. 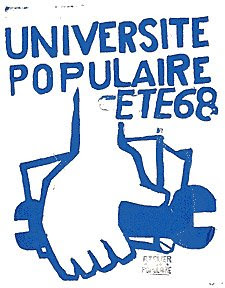 Here’s how the organizers describe the conference:

The year 1968 has become a central myth for the twentieth century, the purported moment of origin for “the present” — for current politics, culture, and academics. This conference commemorates the 40th anniversary of 1968 by calling for a reassessment of its local and global impacts, its icons, myths, and images, the traces and absences left in its wake, and the intellectual and cultural heritages that we are still working through, as the collective memory of participants fades into a post-memory of the still incomplete projects of modernization, globalization, and liberation.

The conference aims to create interdisciplinary discussions of the many different 1968 experiences and projects that can be recovered in global, national, and international frameworks. Flashpoints, major players, artistic responses in all media and genres, and (re)theorizings of 1968 and its heritage will be included as conference themes. 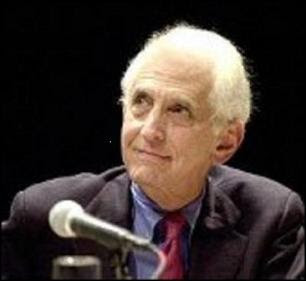 Daniel Ellsberg is a former American military analyst employed by the RAND Corporation who precipitated a national political controversy in 1971 when he released the Pentagon Papers, a top-secret Pentagon study of government decision-making about the Vietnam War, to The New York Times and other newspapers.

The release of the Pentagon Papers contributed greatly to the increasingly vocal and wide-spread opposition to the War in Vietnam.

Ellsberg was charged under the Espionage Act of 1917 but the charges were eventually. The release of the Pentagon Papers set in motion a series of events that eventually led to the Watergate break-in and other illegal activities by Nixon’s “plumbers” which were revealed during the trial – and the eventual impeachment of Richard Nixon.

Ellsberg has continued in public life as a writer and political activist. 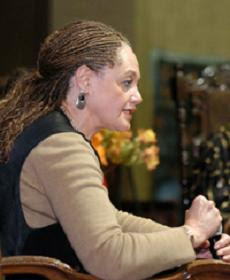 Although Kathleen Neal Cleaver [who was born in Dallas] first came to the attention of the public because of her relationship with Eldridge Cleaver and the Black Panther Party, she has many accomplishments outside of her relationship with Cleaver for which she is well known. She is widely viewed as a gifted lawyer and educator who speaks out ardently against racism. She is greatly in demand as a lecturer and has published numerous articles in newspapers and magazines. . .

. . . Cleaver’s January 1967 arrival at SNCC’s (Student Nonviolent Coordinating Committee) Atlanta, Georgia, headquarters set off a series of life-altering events. As secretary of SNCC’s campus program, she assisted in organizing a black student conference at Fisk University in Nashville, Tennessee. One of the attendees at the March conference was the minister of information for the Black Panther Party (the Party), Eldridge Cleaver.

Eldridge Cleaver’s intense oratory about black nationalism and revolution captivated Kathleen Neal Cleaver. Attracted by the Party’s more radical approach to social change, she left SNCC and joined the Black Panther Party and Eldridge Cleaver in San Francisco in November 1967. The couple was married on December 27, 1967.

[Clashes between San Francisco police and members of the Black Panther Party led to charges against Eldridge Cleaver. The two lived in exile in Cuba and Algeria for a number of year.] In 1987, Kathleen Neal Cleaver divorced Eldridge Cleaver. . .

. . .Of her experiences with the Black Panther Party, Cleaver told the New York Times Magazine, “It was thrilling to be able to challenge the circumstances in which blacks were confined; to mobilize and raise consciousness, to change the way people saw themselves, blacks could express themselves.”

Cleaver continues to have a very active life. As an advocate for the elimination of racism from our culture, she has published articles in magazines and newspapers since 1968 and is much in demand on the lecture circuit. She has also been featured in a number of film documentaries. 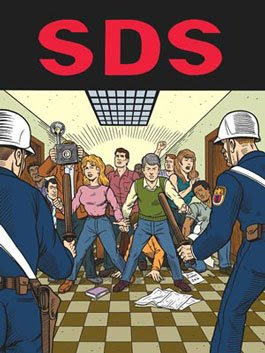 The SDS Comic Show [see schedule of associated events, above] features panels from Students for a Democratic Society: A Graphic History (Hill and Wang), scripted by noted graphic artist and historian Harvey Pekar and edited by Paul Buhle, senior lecturer in American civilization and history at Brown University.

The book tells — in comic book style — the story of SDS, the organization that served as the heart of the New Left movement and the vanguard of the sixties uprising and was perhaps the most important student organization in U.S. history.

According to editor Buhle, “The SDS Comic Show gives an overview history of the influential, but short-lived SDS and illustrates the local, personal stories of young people changing their own lives as they opposed war, racism, and sexism within the campus movements.”

The full schedule and other information are available at the website of 1968 A Global Perspective.