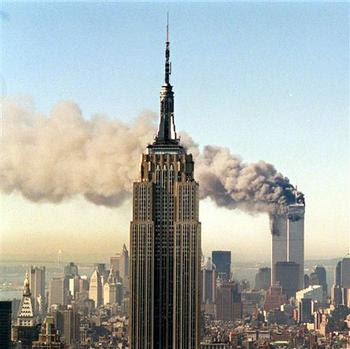 When I look at this list of former military officers, for the first time I am struck that the offbeat account of 9/11 may not be just another conspiracy theory. Some of the statements from these folks are chilling. Perhaps it is time to revisit this event with a truly independent body to determine what really happened.

“A lot of these pieces of information, taken together, prove that the official story, the official conspiracy theory of 9/11 is a bunch of hogwash. It’s impossible,” said Lt. Col. Robert Bowman, PhD, U.S. Air Force (ret). With doctoral degrees in Aeronautics and Nuclear Engineering, Col. Bowman served as Director of Advanced Space Programs Development under Presidents Gerald Ford and Jimmy Carter.

“There’s a second group of facts having to do with the cover up,” continued Col. Bowman.

“Taken together these things prove that high levels of our government don’t want us to know what happened and who’s responsible. Who gained from 9/11? Who covered up crucial information about 9/11? And who put out the patently false stories about 9/11 in the first place? When you take those three things together, I think the case is pretty clear that it’s highly placed individuals in the administration with all roads passing through Dick Cheney.”

Regarding the failure of NORAD to intercept the four hijacked planes on 9/11, Col. Bowman said, “I’m an old interceptor pilot. I know the drill. I’ve done it. I know how long it takes. I know the rules. … Critics of the government story on 9/11 have said: ‘Well, they knew about this, and they did nothing’. That’s not true. If our government had done nothing that day and let normal procedure be followed, those planes, wherever they were, would have been intercepted, the Twin Towers would still be standing and thousands of dead Americans would still be alive.”

During his 22-year Air Force career, Col. Bowman also served as the Head of the Department of Aeronautical Engineering and Assistant Dean at the U.S. Air Force Institute of Technology. He also flew over 100 combat missions in Viet Nam as a fighter pilot.

Former U.S. Air Force pilot Lt. Jeff Dahlstrom wrote in a 2007 statement to this author, “When 9/11 occurred I bought the entire government and mainstream media story line. I was a lifelong conservative Republican that voted for Bush/Cheney, twice. Curiosity about JFK’s death, after a late night TV re-run of Oliver Stone’s movie, got me started researching and digging for the truth about his assassins.

“My research led me to a much more important and timely question: the mystery of what really did happen on 9/11. Everything that seemed real, turned out to be false. The US government and the news media, once again, were lying to the world about the real terrorists and the public murder of 2,972 innocents on 9/11.

“The ‘Patriot Act’ was actually written prior to 9/11 with the intention of destroying the US Constitution and Bill of Rights. It was passed by Congress, based upon the government’s myth of 9/11, which was in reality a staged hoax. 9/11 was scripted and executed by rogue elements of the military, FAA, intelligence, and private contractors working for the US government.

“In addition to severely curtailing fundamental rights of Americans, the 9/11 crime was then used by this administration, the one I originally voted for and supported, to justify waging two preemptive wars (and most likely a third war), killing over 4,500 American soldiers, and killing over one million innocent Afghan and Iraqi people.

“It was all premeditated. Treason, a false flag military operation, and betrayal of the trust of the American people were committed on 9/11 by the highest levels of the US government and not one person responsible for the crimes, or the cover-up, has been held accountable for the last six years.

“After reading fifteen well-researched books, studying eight or nine DVD documentaries, and devoting months of personal research and investigation, I have arrived at one ultimate conclusion: The American government and the US Constitution have been hijacked and subverted by a group of criminals that today are the real terrorists. They are in control of the US government and they have all violated their oaths of office and committed treason against their own citizens.”

Read all of it here. / Axis of Logic

This entry was posted in RagBlog and tagged 9/11, Cheney, Conspiracy, U.S. Government. Bookmark the permalink.