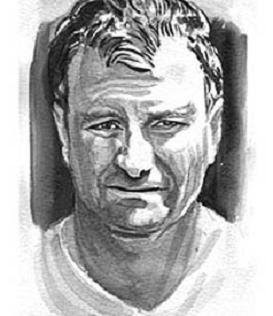 Like the largesse he spread so bountifully to members of Congress and the White House staff – countless fancy meals, skybox tickets to basketball games and U2 concerts, golfing sprees in Scotland – Jack Abramoff is the gift that keeps on giving.

The notorious lobbyist and his cohorts (including conservatives Tom DeLay, Grover Norquist and Ralph Reed) shook down Native American tribal councils and other clients for tens of millions of dollars, buying influence via a coalition of equally corrupt government officials and cronies dedicated to dismantling government by selling it off, making massive profits as they tore the principles of a representative democracy to shreds.

A report earlier this summer from the House Committee on Oversight and Government Reform builds on an earlier committee investigation that detailed some 485 contacts between Abramoff and the Bush administration. According to the new report, “Senior White House officials told the Committee that White House officials held Mr. Abramoff and members of his lobbying team in high regard and solicited recommendations from Mr. Abramoff and his colleagues on policy matters.”

Now Abramoff’s doing time in Maryland. He’s at a minimum-security federal prison, serving five years and ten months for unrelated, fraudulent business practices involving a fake wire transfer he and a partner fabricated to secure a loan to buy SunCruz Casinos. SunCruz, a line of Florida cruise ships, ferried high and low rollers into international waters to gamble. (The original owner of SunCruz Casinos, Konstantinos “Gus” Boulis, was gunned down, Mafia-style, in February 2001). But come September, Abramoff will be sentenced for his larger-than-life role in one of the biggest scandals in American history – a collection of outrages that has already sent one member of Congress to jail, others into retirement and dozens of accomplices running for cover.

Over the last couple of years, he has been singing to the authorities, which is why he has been kept in a detention facility close to DC and the reason his sentencing for tax evasion, the defrauding of Indians and the bribing of Washington officials has been delayed. The FBI is thought to be using Abramoff’s testimony to build an ever-expanding case that may continue to shake those who live within the Beltway bubble for months and years to come.

Bill Moyers Journal is airing an updated edition of “Capitol Crimes,” a special that was first produced for public television two years ago, relating the entire sordid story of the Abramoff scandals. Produced by Sherry Jones, the rebroadcast comes at a moment of renewed interest. Not only is Abramoff’s sentencing imminent, but the most important national elections in decades are little more than three months away amid continuing, seemingly daily revelations of further, profligate abuses of power.

Monday saw the publication of a 140-page report from the Justice Department’s Office of the Inspector General and Office of Professional Responsibility, confirming that, as The Washington Post recounted, “For nearly two years, a young political aide sought to cultivate a ‘farm system’ for Republicans at the Justice Department, hiring scores of prosecutors and immigration judges who espoused conservative priorities and Christian lifestyle choices.

“That aide, Monica M. Goodling, exercised what amounted to veto power over a wide range of critical jobs, asking candidates for their views on abortion and same-sex marriage and maneuvering around senior officials who outranked her, including the department’s second-in-command…. [The report] concluded yesterday that Goodling and others had broken civil service laws, run afoul of department policy and engaged in ‘misconduct,’ a finding that could expose them to further scrutiny and sanctions.”

With the next day’s sunrise came the indictment of Alaska Republican Senator Ted Stevens, the first sitting US senator to face criminal charges in 15 years. Apparently, the senator was playing the home version of “The Price Is Right,” for among the gifts a grand jury says were illegally rewarded him by the oil company VECO were a Viking gas grill, a tool cabinet and a wraparound deck for his mountainside house in Anchorage. In fact, VECO allegedly gave the place an entire new first floor, with two bedrooms and a bath. How neighborly.

(By the way, just to round the circle, Senator Stevens received $1,000 in campaign contributions from Jack Abramoff directly, which subsequently he donated to the Alaskan chapter of the Red Cross, and $16,500 from Native American tribes and others represented by Abramoff, which Stevens gave to other charities.)

Coincidentally, this week also marks the publication of a new book, “The Wrecking Crew: How Conservatives Rule,” written by Thomas Frank, the author of “What’s the Matter with Kansas?” In an essay in the August issue of Harper’s magazine, adapted from the book, Frank adroitly weaves the actions of Abramoff and his pals into a vastly larger ideological framework.

“Fantastic misgovernment is not an accident,” he writes, “nor is it the work of a few bad individuals. It is the consequence of triumph by a particular philosophy of government, by a movement that understands the liberal state as a perversion and considers the market the ideal nexus of human society. This movement is friendly to industry not just by force of campaign contributions but by conviction; it believes in entrepreneurship not merely in commerce but in politics; and the inevitable results of its ascendance are, first, the capture of the state by business and, second, what follows from that: incompetence, graft, and all the other wretched flotsam that we’ve come to expect from Washington.

“… The conservatism that speaks to us through its actions in Washington is institutionally opposed to those baseline good intentions we learned about in elementary school. Its leaders laugh off the idea of the public interest as airy-fairy nonsense; they caution against bringing top-notch talent into government service; they declare war on public workers. They have made a cult of outsourcing and privatizing, they have wrecked established federal operations because they disagree with them, and they have deliberately piled up an Everest of debt in order to force the government into crisis. The ruination they have wrought has been thorough; it has been a professional job. Repairing it will require years of political action.” Have we the stamina, commitment – or even the attention span – to take such action?

Abramoff may be cooling his heels in minimum security, but his pals DeLay, Norquist and Reed appear on television and radio shows whose hosts treat them as political savants with nary a nod to their past nefarious association with Abramoff. Few in the audience seem to notice or care. Former House Majority Leader DeLay is awaiting trial on money laundering charges. The incorrigible Ralph Reed, who played Christian pastors in Texas for suckers in enlisting their unwitting help for Abramoff’s gambling clients, even has a political potboiler of a novel out – “Dark Horse.” The novel is the story of a failed Democratic presidential candidate who finds God, then runs as an independent, funded, presumably, by the supreme being’s political action committee.

“Do we Americans really want good government?” That’s a question asked not by Thomas Frank, but by the muckraking journalist Lincoln Steffens, writing more than a century ago in his book, “The Shame of the Cities.” He wrote, “We are a free and sovereign people, we govern ourselves and the government is ours. But that is the point. We are responsible, not our leaders, since we follow them. We let them divert our loyalty from the United States to some ‘party’; we let them boss the party and turn our municipal democracies into autocracies and our republican nation into a plutocracy. We cheat our government and we let our leaders loot it, and we let them wheedle and bribe our sovereignty from us.”

From more than a hundred years’ distance, Steffens would recognize Abramoff and company for what they are. And we for who we are; a nation too easily distracted and looking the other way as everything rightfully ours is taken.