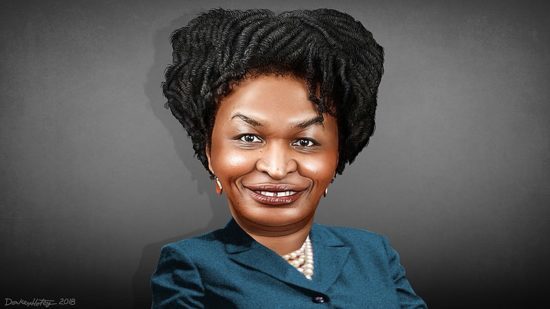 José Ramón Andrés, born in Spain in ’69, founded World Central Kitchen in 2010. Since then he has provided tens of thousands of healthy meals to people affected by disasters, from Haiti to Peru and Cuba to Cambodia. An outspoken critic of Trump, Andrés starred in his own cooking show, Vamos a Cocinar, which debuted in 2005.

Anonymous U.S. poll watchers, ballot counters and state election officials who were not intimidated by the White House and its lawyers, and who helped safeguard the millions of votes that were cast to rid Trump from the White House.

Rana Ayyub, thirty-six-year-old journalist and one of India’s best-known investigative reporters, relentlessly pursued authoritarian President Narendra Modi and his aides. As a Muslim from Mumbai, she has lived on the country’s sectarian divide and has dared to uncover political corruption.

Black Lives Matter brought light to the nation during some of the darkest days of the Trump administration and the COVID-19 pandemic. Though BLM, which advocated nonviolent civil disobedience, began after the murder of Trayvon Martin in 2012, it didn’t coalesce and expand globally until George Floyd’s murder in 2020.

Dr. Anthony Fauci, 79, probably didn’t need to tangle with the president, but he did and put science before Trump’s misinformation and disinformation campaign about Covid-19. Fauci spoke truth to power and helped save lives.

George Floyd, 46-year-old African-American murdered in Minneapolis, made news around the world and sparked protests against police brutality. A rapper known as “Big Floyd,” he gave his life for the cause. His spirit goes marching on.

Health workers all across the world who aimed to save lives and protect people threatened by COVID-19. Kudos also to the essential workers, custodians, and men and women on farms and ranches who harvested crops and fed the nation during the pandemic.

John Lewis, Georgia Congressman, son of sharecroppers, Freedom Rider, and chairman of the Student Nonviolent Coordinating Committee (SNCC), stood with MLK and brought the cause of civil rights into the twenty-first century.

The National Organization for the Reform of Marijuana Laws (NORML) celebrated its 50th anniversary in 2020. No group has done more to normalize and legalize weed and keep citizens informed.

Adam Schiff, California Democrat, has long been a thorn in the side of Trump, especially during the impeachment inquiry. Though he voted for the invasion of Iraq in 2003 he has since regretted his stance. He has time to grow.

Greta Thunberg, 17-year-old Swedish teenager, who sounded alarms about global climate change, sailed the Atlantic, took her message to the United Nations, and called upon members of the older generations to play their part.

This entry was posted in RagBlog and tagged Heroes of 2020, Jonah Raskin, Rag Bloggers, Stacey Abrams. Bookmark the permalink.