More than 40 years of racist actions and comments demonstrate what we normally call racism. 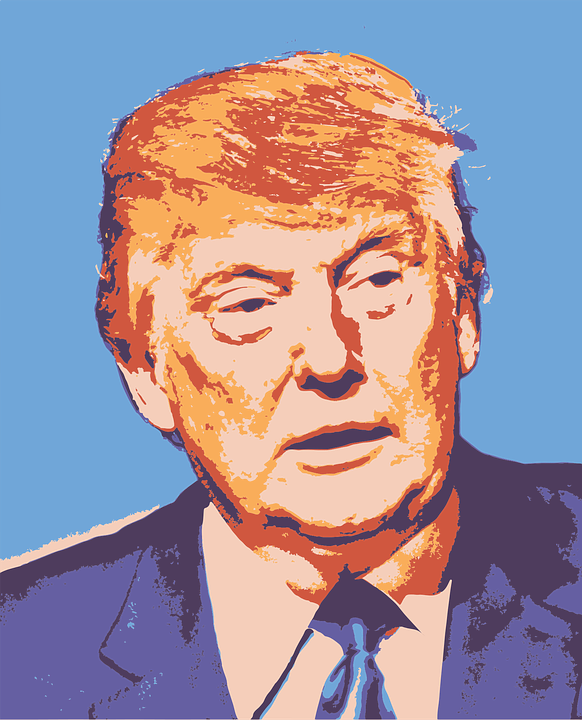 I have been aware of white resentment toward blacks since at least 1954, but this presidential election campaign brought back a memory from 1958, when I was in junior high school. I was active then in the Methodist Youth Fellowship (MYF). During a discussion group one day, led by an adult youth leader from our church, we talked about race and race relations, though I don’t remember how we got on that topic.

The MYF leader worked at the Gulf Oil refinery in Port Arthur. Neither of the local refineries (the other one was Texaco) hired black employees then. The MYF leader argued against letting blacks work at the refinery because they would compete for his job. He did not want the competition. He had a family to support and would never favor any changes that might threaten his job. Though some of us challenged our leader about his clearly racist views, he saw nothing wrong with denying blacks such opportunities, which were a privilege that white people had, but not blacks.

Writing in The New York Times, Nicholas Kristof recently pointed out that Gallup polling done just five years after my MYF experience revealed that almost half of whites surveyed believed “that blacks had just as good a chance as whites of getting a job,” yet nothing about job opportunities for blacks had changed in those intervening years.

A year earlier, polling had revealed that even more whites — 85% — believed that black children had just as good an opportunity “as white kids of getting a good education.” Kristof called this kind of thinking delusional. But worse, it also leads to much white resentment, feelings that Donald Trump has tapped into in his bid for the presidency.

Kristof explained another set of delusions:

Half of white Americans today say that discrimination against whites is as big a problem as discrimination against blacks. Really? That contradicts overwhelming research showing that blacks are more likely to be suspended from preschool, to be prosecuted for drug use, to receive longer sentences, to be discriminated against in housing, to be denied job interviews, to be rejected by doctors’ offices, to suffer bias in almost every measurable sector of daily life.

With so many whites nurturing their resentment of what they see as black intrusions into our society, and maintaining delusions about the difficulties that blacks still have, it is no wonder that Trump is polling well among whites. Trump is expected to get the votes of about 4/5ths of white evangelicals, who made up about 26% of voters in 2012. Among all white voters, Trump is polling around 55%. Whites should constitute about 70% of the 2016 electorate, which should give Trump about 38% of the vote from whites alone.

Much of white resentment and delusion
is caused by fear.

Much of white resentment and delusion is caused by fear — fear of the “other,” fear of the unknown, fear from racial stereotypes, fear from ignorance, fear from learned racism, fear of social group ostracism.

In 1962, I encountered this last source of fear. Our next door neighbor, a white man, had a brilliant mind for games, especially card games, dominoes, and chess. He knew of my interest in learning chess, as well as that of a friend who was black. He offered to teach us both how to play chess in his home. We had several chess lessons over the last six months before I left Port Arthur for college. During those lessons, his wife asked us to their house only at night after it was dark. She was concerned that other neighbors might see a black person entering or leaving their house in what was then a segregated neighborhood. They feared social ostracism, or worse.

Whether their fears were reality-based, we will never know, but to be afraid about associating with a black person had not occurred to me then. After all, we were just playing chess in the supposed “land of the free.” Later, I became aware of such fears and calculated them into my understanding of East Texas. As I became more involved with the civil rights movement after high school, I appreciated better the fear that was first demonstrated to me by my neighbors, who were decent people in every other way, but were products of their time and their environment.

To Trump, this African-American president cannot be legitimate.

Perhaps the same can be said of Trump, though it would be necessary to posit a case of arrested development for him when it comes to blacks. What other explanation than racial bias can explain Trump’s nearly seven-year campaign against Obama’s qualifications as a U.S. citizen, known as “birtherism.” The conspiracy that would have been required among hospital personnel, newspaper editors and publishers, officials with the state of Hawaii, federal officials, and Obama’s mother and maternal grandparents would have paled in comparison to the conspiracy required to fake the moon landing, yet there are some Trump followers who continue to insist Obama was not born in a Honolulu hospital. To Trump, this African-American president cannot be legitimate.

But Trump has a long history of racial bias and animus. In the 1970s, Trump and his father were sued by the U.S. Department of Justice for racial discrimination in housing they owned in New York City. Donald Trump was then president of the family’s real estate firm, which went so far as to code housing applications to show that the applicant was “colored” so that they would know to deny the applicant housing. Three years after the government settled that suit against the Trumps, it sued the Trumps again, for similar racial discrimination violations. Apparently, the Trumps thought that they were entitled to discriminate against blacks.

In 1989, after the infamous Central Park jogger rape and assault of a white woman, five teenagers — four black and one Hispanic — were charged with the crime. Trump fanned the flames of racial animus by taking out full page advertisements calling for the five to be put to death for their crimes, though they had not been convicted. Ultimately, they were all exonerated when a serial rapist whose DNA matched the evidence confessed, but not before the five spent between six and 13 years in prison.

According to the man who ran the Trump Plaza Hotel and Casino in Atlantic City, Trump harbored some of the most vile racist attitudes toward blacks. Later, in an interview in Playboy magazine, Trump confirmed that he did harbor such views. Even today, he retweets racist comments by members of the Ku Klux Klan and neo-Nazis, while denying that he is aware of prominent white supremacists such as David Duke (now a Republican candidate for the senate from Louisiana), and claiming that he is not the least bit racist.

More than 40 years of a record of racist actions and comments, many of which have been documented by Nicholas Kristof, demonstrate what we normally call racism.

I wonder if this is the time that Trump
wants to take us back to.

So, whenever I hear or see Trump’s slogan — “Make America Great Again” — I can’t help thinking back to those “great” days of the 1950s and early 1960s before we had the Civil Rights Act and the Voting Rights Act and the War on Poverty (poverty being a condition that affected more whites than blacks, however), and I wonder if this is the time that Trump wants to take us back to. Does he want to take us back to a time when fear, resentment, and delusional thinking defined the relationships between the races even more than it does now? Will that make us great again?

Judging from some of the statements he makes, it would not be unfair to conclude that the “Great” America of that time is the one he longs for. It was a time when racial slurs could be heard daily among whites, when blacks were denied access to motels and hotels, when amusement parks were for whites only, when public swimming pools did not admit blacks, when restaurants would not serve blacks except in the back of the kitchen, when most schools were still segregated based on the color of students’ skin, when blacks could not live in most neighborhoods, when blacks and whites could not marry one another.

People who identify with these groups are
firmly in Trump’s corner.

Trump’s rhetoric is driven in part by attitudes of white racial and cultural superiority that have led to the creation of the modern Ku Klux Klan, white nationalist groups, white supremacists, organizations that focus on what they call “race realism,” neo-nazis, white militias, and others focused on racist ideology. People who identify with these groups are firmly in Trump’s corner in the presidential race.

The ignorance of such people and their groups astounds me. Recently, I received from National Geographic’s Genographic Project an analysis of my DNA. My ancestry is much like that of most whites whose recent ancestors are from Europe. One of my grandfathers from nine generations ago came to North America around 1670 from England. My oldest ancestor, and the ancestor of us all, lived in Africa 180,000 years ago. About 67,000 years ago, one of my ancestors lived in East Africa.

In slightly more recent times, another ancestor (around 60,000 years ago) traveled north out of Africa across the Sinai Peninsula. Some of that person’s descendants lived in the Eastern Mediterranean region and Western Asia where they met up with Neanderthals, giving me, along with most people, a small amount of Neanderthal markers in my DNA. Others of my ancestors migrated into what is now Europe, including Scandinavia.

Genotyping is more complex than I have described. But the real significance of it is where it all began. All human beings descended from that woman living in what is now Africa some 180,000 years ago. All of this nonsense about race purity and superiority fails to mean anything when one considers that every person who has ever lived descended from an ancestor who lived originally in Africa. We are all Africans no matter what our modern-day prejudices may be or what we look like, which leads us back to Trump’s promise to “Make America Great Again.”

Trump has never identified when America was “great” or greater than it now is. That is a question that should be put to him: What period of America’s greatness do you aspire to recreate, Mr. Trump? My fear is that the America of my youth is the one that Trump and many of his supporters long for. And that thought is even scarier than Donald Trump as president.