Overly Confident in Voting As the Path to Change 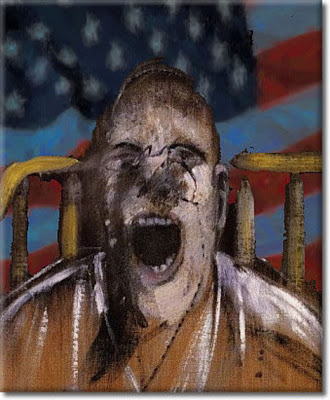 Once upon a time when governments no longer served most of their citizens it was the most economically disadvantaged that could be counted on to rebel against tyranny and injustice. Times have changed, for the worse, despite the spread of democracy.

Here we are with a two-party plutocracy that preferentially serves corporate and wealthy interests and lets the middle class suffer and sink. Plausibly, the middle class is unready to revolt because it still maintains a relatively good standard of living despite rising economic insecurity. But what about the lowest 40 percent of Americans that are the working poor?

A recent survey of this group by the Washington Post, the Henry J. Kaiser Family Foundation and Harvard University conducted this past June looked at the beliefs of adults ages 18 to 64 working 30 or more hours a week, not self-employed and who earned no more than $27,000 in 2007. The results show a fascinating dichotomy. Though there is widespread pain and discontent there is also a stubborn faith in the American dream despite little help from government.

Ninety percent of this group sees the current economy negatively, either not so good or poor, with 52 percent feeling financially insecure and 50 percent feeling less secure than a few years ago. The fractions saying they have difficulty affording basic things are severe, including: 88 percent that cannot save money for college or other education for their children, 82 percent paying for gasoline or other transportation costs, 81 percent saving money for retirement, 65 percent paying for health care and health insurance, 65 percent handling child care, close to 60 percent paying credit card bills, monthly utility bills and rent or mortgage costs, and 47 percent buying food. Three quarters say it has gotten harder to find good jobs and nearly that fraction for finding affordable health care, and 68 percent finding decent, affordable housing.

All this sounds pretty bleak. But are these people mad and pessimistic? Not exactly.

An amazing 69 percent are hopeful about their personal financial situation, 59 percent believe they are more likely over the next few years to move up in terms of their social class, 59 percent believe that their children will have a standard of living much or somewhat better than theirs, and 56 percent think they will achieve the American dream in their lifetime.

Do these lower economic class, hardest hit Americans that account for 25 percent of the adult population believe that government helps them? No. Only 22 percent believe that government programs are making things better for them. But apparently they have bought hook, line and sinker into Barack Obama’s change rhetoric, with a 2 to 1 margin favoring him over John McCain. And when it comes to beliefs about which candidate will do better for them the margins favoring Obama go up to 3 or more to 1 for improving their own financial situation, the national economy and the national health care system. Similarly, Obama is seen as much more concerned with their needs and better represent their values. All very good news for Obama, except that only 70 are registered to vote and about a third saw no difference in whether Obama or McCain was in office.

Faith in Obama, however, pales in comparison to the other source of comfort for dealing with hard economic times. A striking 78 percent find religion or faith in God helps them get through tough economic times.

The unmistakable conclusion from all these data is that no rebellion against the power elites running the two-party plutocracy seems likely. If the bottom 40 percent of Americans in terms of income still believe in the American dream and change-spouting politicians like Obama, it is hard to believe that the more affluent middle 40 percent of the population are ready to support more radical change through political rebellion.

Interesting how gasoline prices are dropping as we approach the Republican and Democratic conventions and Election Day. Apparently, America’s ruling class knows what it is doing. It can keep channeling more and more of the nation’s wealth to the rich, Upper Class producing more economic inequality without fearing the kind of political revolution that Thomas Jefferson thought the nation needs periodically. Consider this: In the three decades after World War II household inflation-adjusted income of the bottom 90 percent increased 83 percent compared to 20 percent increase for the top 10 percent. In contrast, in the past three decades, the bottom 90 percent saw only a 10 percent increase while the top 10 percent received an increase of 232 percent! The two-party stranglehold on our political system has produced rising economic inequality.

Forget all that nonsense about the proletariat. Most Americans use their faith in God or religion or conventional politicians to cope, even in some of the most insecure economic times in American history. They remain overly confident in voting as the path to change. The ruling class has successfully used propaganda to dumb down and manipulate most of the public because delusion has become the opiate of the masses.

In God and Barack Obama We Trust could be placed on all our currency if the views of millions of Americans are taken seriously. Don’t you feel better?

[Joel S. Hirschhorn can be reached through http://www.delusionaldemocracy.com/.]

This entry was posted in RagBlog and tagged Economy, Electoral politics. Bookmark the permalink.