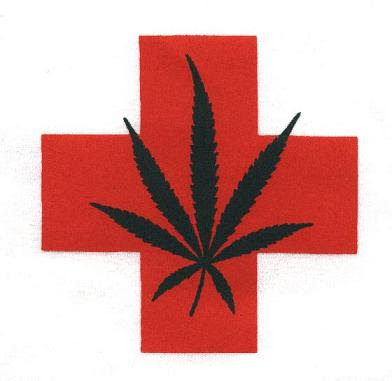 A historic document from the 124,000-member American College of Physicians certifies the medical value of marijuana.

One of America’s largest and most important groups of physicians has moved to cut through the clutter of political controversies over medical use of marijuana. Lawmakers and the public alike would do well to pay attention.

The American College of Physicians is the largest medical specialty organization and the second largest physician group in the United States. Its 124,000 members are doctors specializing in internal medicine and related subspecialties, including cardiology, neurology, pulmonary disease, oncology and infectious diseases. The College publishes Annals of Internal Medicine, the most widely cited medical specialty journal in the world.

In a landmark position paper released in February, these distinguished physicians are saying what many of us have been arguing for years: Most of our laws have gotten it wrong when it comes to medical marijuana, and it’s time for public policy to get in step with science.

Right now, the laws of 38 states and the federal government bar use of marijuana as a medicine. Federal law classifies marijuana as a Schedule I drug, defined as having no accepted medical use and being unsafe for use even under medical supervision.

ACP’s position paper urges “reclassification into a more appropriate schedule, given the scientific evidence regarding marijuana’s safety and efficacy in some clinical conditions.” The document goes on to call for protection of physicians’ right to “prescribe or dispense medical marijuana in accordance with state law” and “strongly urges protection from civil or criminal penalties for patients who use medical marijuana as permitted under state laws.”

ACP supports its position with 10 pages of scientific documentation and references. They cite data showing relief of the nausea, vomiting and wasting that can worsen the misery of cancer, AIDS and other diseases; of the pain and tremors associated with multiple sclerosis; and for relief of pain caused by a variety of other conditions. They note that marijuana in combination with some pharmaceuticals may produce more benefit than either drug alone.

ACP calls for more research, but then adds a critical point: In some areas, the efficacy of medical marijuana has already been established, and it’s time for studies designed to determine the best dose and route of delivery.

The ACP position paper demolishes several myths, starting with the notion still proclaimed by some politicians that marijuana is unsafe for medical use. The College notes that the most serious objection to medical marijuana — potential harm to the lungs from smoking — has largely been solved by a technology called vaporization, already proven in scientific studies.

The ACP position paper also explains that there is no reason to believe that protecting medical marijuana patients leads to increased drug abuse. “Marijuana has not been proven to be the cause or even the most significant predictor of serious drug abuse,” the doctors write. “Opiates are highly addictive, yet medically effective … There is no evidence to suggest that medical use of opiates has increased perception that their illicit use is safe or acceptable.”

This is an historic document. Large medical associations are by their nature slow, cautious creatures that move only when the evidence is overwhelming. The evidence is indeed overwhelming that, as ACP put it, there is “a clear discord” between what research tells us and what our laws say about medical marijuana.

It appears that voters and lawmakers in a number of states will consider medical marijuana proposals this year, and Congress will again be asked to stop federal attempts to interfere with the 12 state medical marijuana laws already in place. It’s time to end that “clear discord” and put science ahead of politics.

Dr. Jocelyn Elders served as U.S. Surgeon General from 1993 to 1994, and is currently distinguished professor of pediatrics and public health at the University of Arkansas School of Medicine in Little Rock.

This entry was posted in RagBlog and tagged Drugs, Science. Bookmark the permalink.