"Situational Ethics" and the Clinton Campaign 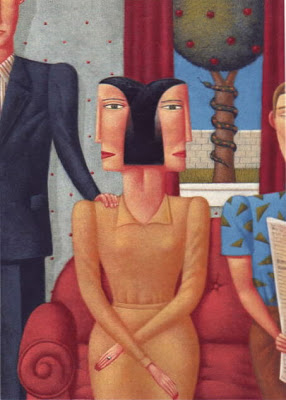 Clearly some kind of compromise must be and will be worked out concerning Michigan and Florida delegates. Hell, it’s not their fault and they deserve some representation. But I’ll tell you one thing: if I were a voter in one of those states and didn’t vote — or voted “uncommitted” — because I was told the vote wouldn’t count in the nominating process, and then they turned around and announced that the election counted after all, I’d certainly be angry and feel disenfrancised and cheated.

It’d be like the Sox having an uncatchable lead for the playoffs and the Yankees arguing that preseason exhibition games should be counted in the standings.

The following discusses how the Clinton camp originally supported the sanctions against those states. It makes their sudden about-face a textbook case, says Harold Meyerson, of “situational ethics.”

On Saturday, when the Rules Committee of the Democratic National Committee meets to determine the fate of Florida and Michigan’s delegations to this summer’s convention, it will have some company. A group of Hillary Clinton supporters has announced it will demonstrate outside.

That Clinton has impassioned supporters, many of whom link her candidacy to the feminist cause, hardly qualifies as news. And it’s certainly true that along the campaign trail Clinton has encountered some outrageously sexist treatment, just as Barack Obama has been on the receiving end of bigoted treatment. (Obama has even been subjected to anti-Muslim bigotry despite the fact that he’s not Muslim.) But somehow, a number of Clinton supporters have come to identify the seating of Michigan and Florida not merely with Clinton’s prospects but with the causes of democracy and feminism — an equation that makes a mockery of democracy and feminism.

Clinton herself is largely responsible for this absurdity. Over the past couple of weeks, she has equated the seating of the two delegations with African Americans’ struggle for suffrage in the Jim Crow South, and with the efforts of the democratic forces in Zimbabwe to get a fair count of the votes in their presidential election.

Somehow, I doubt that the activists opposing Robert Mugabe in Zimbabwe would appreciate this equation.

But the Clintonistas who have called Saturday’s demonstration make it sound as if they’ll be marching in Selma in support of a universal right to vote. The DNC, says one of their Web sites, “must honor our core democratic principles and enfranchise the people of Michigan and Florida.”
Had Florida and Michigan conducted their primaries the way the other 48 states conducted their own primaries and caucuses — that is, in accord with the very clear calendar laid down by the DNC well before the primaries began — then Clinton’s marchers would be utterly justified in their claims. But when the two states flouted those rules by moving their primaries outside the prescribed time frame, the DNC, which gave neither state a waiver to do so, decreed that their primaries would not count and enjoined all presidential candidates from campaigning in those states. Obama and John Edwards complied with the DNC’s dictates by removing their names from the Michigan ballot. Clinton did not.

Seating Michigan in full would mean the party validates the kind of one-candidate election (well, 1.03, to give Dennis Kucinich, Chris Dodd and Mike Gravel, who also remained on the ballot, their due) that is more common in autocracies than democracies. It would mean rewarding the one serious candidate who didn’t remove her name from the ballot when all her rivals, in deference to the national party rules, did just that.

What’s particularly outrageous is that the Clinton campaign supported the calendar, and the sanctions against Michigan and Florida, until Clinton won those states and needed to have their delegations seated.

Last August, when the DNC Rules Committee voted to strip Florida (and Michigan, if it persisted in clinging to its date) of its delegates, the Clinton delegates on the committee backed those sanctions. All 12 Clinton supporters on the committee supported the penalties. (The only member of the committee to vote against them was an Obama supporter from Florida.) Harold Ickes, a committee member, leading Clinton strategist and acknowledged master of the political game, said, “This committee feels very strongly that the rules ought to be enforced.” Patty Solis Doyle, then Clinton’s campaign manager, further affirmed the decision. “We believe Iowa, New Hampshire, Nevada and South Carolina play a unique and special role in the nominating process,” she said, referring to the four states that the committee authorized to hold the first contests. “And we believe the DNC’s rules and its calendar provide the necessary structure to respect and honor that role. Thus, we will be signing the pledge to adhere to the DNC-approved nominating calendar.”

Not a single Clinton campaign official or DNC Rules Committee member, much less the candidate herself, said at the time that the sanctions imposed on Florida or Michigan were in any way a patriarchal plot or an affront to democratic values. The threat that these rules posed to our fundamental beliefs was discovered only ex post facto — the facto in question being Clinton’s current need to seat the delegations whose seatings she had opposed when she thought she’d cruise to the nomination.

Clinton’s supporters have every right to demonstrate on Saturday, of course. But their larger cause is neither democracy nor feminism; it’s situational ethics. To insist otherwise is to degrade democracy and turn feminism into the last refuge of scoundrels.