We are doomed! Sort of! 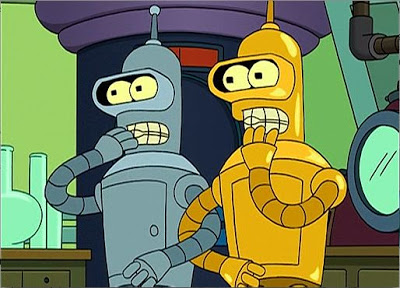 Earth in crisis, food and water increasingly scarce, people freaking out. Should you join them?
By Mark Morford / June 25, 2008

It would be nice to think much of the ugliness is coming to an end.

It would be lovely to imagine the era of brutal Earth-mauling technologies, coal extraction and petroleum and industrial agriculture and strip mining and clear cutting and industrial fishing and all rest, all the more rapacious and unforgiving notions of how we exist on this planet are, after an era of unchecked capitalistic greed and waste and over-consumption right along with almost zero concern for consequences and the ethics of sustainability, finally moving toward obsolescence — or rather, are quickly being shoved there by sheer necessity, brutal market forces, as supply runs dry and oil production slows and the Earth groans and spits and says, “enough already.”

It is a pivotal time, and now more than ever, you get to choose the lens through which you want to watch it all unfold. Or implode.

Are we headed toward a brighter future packed like a Hooters Energy Drink with a renewed sense of hope and global cooperation? Or is our species plainly doomed to be crushed under the corn syrupy weight of our own gluttony and ego and entitlement? Are we waking up just in time to save ourselves from ourselves, or is that fistful of sociocultural Ambien we downed all those years ago merely causing us to sleep-drive into a wall of nuclear asbestos?

Choose your attitude, baby. Because on the one hand, you can cruise through cool conscious hipster mags like Grist or Treehugger and Dwell and Good and the like, and be happily inspired by all the latest ideas for sustainable development and socially conscious tech — from micro-turbines built right into the skin of buildings, to amazing new solar panels, cool prefab housing, better batteries, microcars, electric mopeds, eco-nightclubs, dual-flush toilets and CFLs and bamboo everything, wind farms and urban solar initiatives and LEED-certified homes and even some tentative positive ideas from Big Auto. Hell, even toxic monolith Clorox has a green line of products that’s actually, well, relatively green. Go figure.

Every major newspaper site has a green section. Every intellectual rag features weighty thought pieces on how we might stave off the encroaching calamities. Every pop culture magazine pumps out a heartfelt “green issue,” despite how said magazine is usually printed on sweet virgin wood pulp and coated in petroleum-based wax and Chinese-made ink and if you lick the pages you will likely get cancer of the teeth. But hey, check out that sweet profile of Leo DiCaprio. Mmm, grass-fed hunkiness.

The goodness is spreading. Nearly all formerly soul-deadening supermarkets from Safeway to Wal-Mart to Ralph’s now have large organic sections and multiple recycling bins and swell-sounding sustainability policies to match their new, softer lighting and friendlier layout, all designed to create a more welcoming vibe so you can feel like you’re not contributing quite so painfully to the global petroleum-based corporate mega-economy when you buy that flat of strawberries in January.

And then there are the crazy inventors, the mad geniuses you can read about just about everywhere, the ones who’ve developed a Potential Answer to It All, maybe a new engine that runs on salt water and cat dander, or a new zero-point energy technology, or some sort of nano-cellular magnetic generator, or a method by which we can power the entire planet using only the energy created by mixing fingernail clippings and bat guano with whatever toxic gloop Ann Coulter is made of.

Indeed, it feels like incredible inventions are now pouring out of the woodwork, though this merely might be a reflection of our increased sense of desperation to find a magic bullet before it’s too late. In other words, the mad geniuses have always been there, but we’ve never needed them so badly to really take notice.

Problem is, most of these nascent technologies come with a giant throbbing caveat: They’re either still in concept stage, have barely been tested, or they only exist in the inventor’s garage in happy rickety Make-style geekdom on an old Formica table next to a giant Death Star made of Legos. Almost none is provable at scale, none ready to be manufactured for the masses.

Add to this the fact that the forces of Bush Regime have slowed, stalled, blocked, or otherwise worked like bitter hellspawn to aggressively reverse every progressive (read: non-petroleum based) energy idea for nearly a decade, and all that positivism can be swiftly swallowed by the wary dragons of harsh reality.

Truly, before you get to too cozy with your low-VOC paint and organic grass-fed burger, it takes but a split second to shatter that green lens of hope and replace it with a crimson one full of blood and pollution and phthalates and cheap copper wiring in the form of e-waste, dumped into the slums of China and India, as the residual plastic floats out to the Pacific Garbage Patch and further chokes the collapsing fish and seafood stocks of the world.

How bleak do you want it? Tar sand extraction? Receding ice floes? Ocean food-chain collapse? Clean water crisis? Brutal food shortages? The plight of the rich who are struggling with being slightly less rich? Hell, you only have to glance at a single snapshot of those violently polluted Asian and Indian slums, or even of ominous shots of Beijing and Hong Kong and Mexico City and Las Vegas, to feel that we are still growing and lurching and sucking down resources far too quickly to understand how to do so responsibly.

For every bit of good news, bad seems to top it like a dirt clod on an ice cream cone. More than 10 years ago, we banned CFCs and as a result, the ozone hole is actually healing, which could theoretically help slow global warming. Then again, as the ice shelves melt, more trees grow, which, given the circumstances, might actually make things worse by reducing the albedo effect.

On it goes. Flooding in the Midwest has severely damaged corn and soy crops, further straining the food supply and washing tons of pesticides into the water table. Meanwhile, California is in drought, wildfires are spreading like, well, wildfire as the state endures its driest spring ever.

It’s tempting to see it as one vicious tug of war, eternal dark forces pitted against eternal light, exemplified by, say, Big Oil CEOs on one side and hemp-loving biodiesel hippies on the other, a grand footrace to see if our rapacious capitalistic appetites will destroy us before our finer reason and good conscience saves us in the final minute.

Far harder to swallow the reality, which is far more gray and murky and strange. Because of course there is no 100-percent perfect energy source, no such thing as zero pollution, no magic bullet, no way to move through God’s wicked workshop without breaking a few glasses and swiping some gumballs and leaving skid marks on the lawn. Maybe the real question isn’t which lens to choose, but rather, do we even know how to see?