Tom Hayden :
Is a new Cold War upon us?

From the residue of the old Soviet Union, a new nationalist, nuclear-armed, resource-rich Russia has risen to challenge Western claims of triumphalism. 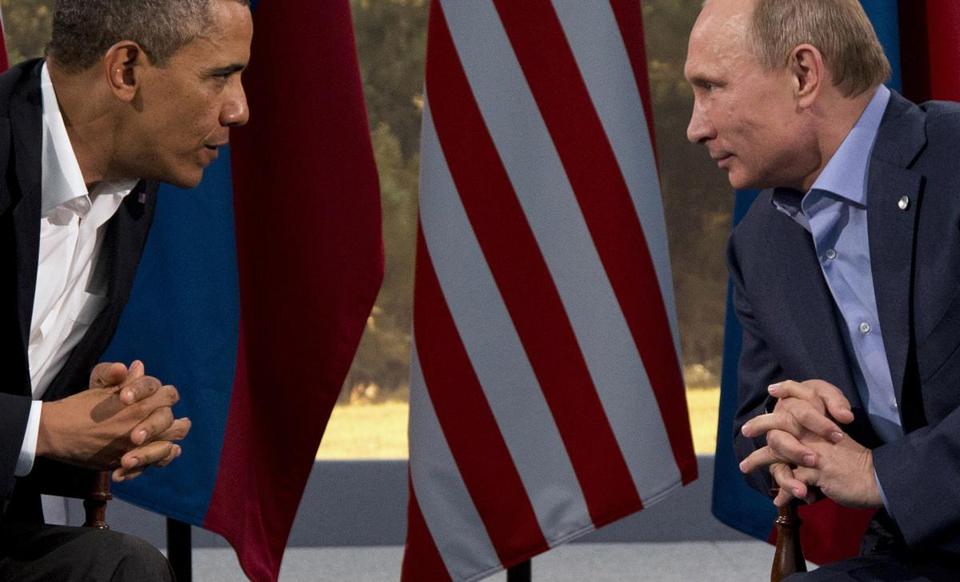 Haven’t the Republicans, the neoconservatives, and the mainstream media been telling us all these years that America won the Cold War? They spoke too soon. From the residue of the old Soviet Union, a new nationalist, nuclear-armed, resource-rich Russia has risen to challenge Western claims of triumphalism. The new Cold War is upon us, and the American elites have no suggestions except to fight it again.

If asked to take sides, I stand with the creative subversion of Pussy Riot.

If asked to take sides, I stand with Pussy Riot. To understand their creative subversion, watch the HBO documentary Pussy Riot: A Punk Prayer. But Pussy Riot is a minority thus far, employing a kind of shock and awe on the level of culture. They are backed often by the American elites who would never allow Pussy Riot in, say, South Carolina. 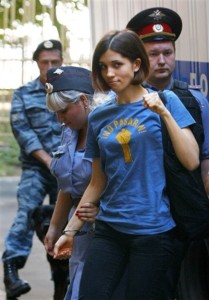 That’s the home state of slavery, militarism. and the U.S. Senator Lindsey Graham. Running against a Tea Party challenger, Graham is not big on naked women in general, even those who brilliantly mock Vladimir Putin and the Russian Orthodox Church. Graham was quick to advocate this week that we, “create a democratic noose around Putin’s Russia.”

Given the Deep South’s lynching history, that was a poor choice of words by Graham, though who can be really sure. His apparent point is that we won’t have finished the Cold War until we take the Ukraine and choke all of Russia with armed neoliberal allies of the West.

The frequently rational New York Times seemed to legitimate Graham’s southern drift, asking on its news pages whether President Barack Obama “is tough enough to take on the former KGB colonel in the Kremlin?” The Times at least noted, “It is no easy task.”

This is another example of what C. Wright Mills called “crackpot realism.” Proponents of NATO and corporate neoliberalism simply are unable to stop pushing against Russia’s borders and probing its most cherished regions. They already have incorporated Croatia, Estonia, Latvia, Lithuania, Hungary, Slovenia, Poland, and the Czech Republic, most of what they call “post-Soviet space.”

They were repelled militarily when they sought to grab Georgia. That should have satisfied their thirst for full dominance. But they went too far, supporting protests in the western Ukraine that toppled the elected government and now are pushing an International Monetary Fund agenda, which will deepen an economic crisis. Even before the current mess, the Kiev government flirted with NATO and sent troops to Iraq and Afghanistan.

The present conflict is very unlike the Cold War in one sense: there is no “communist threat.”

The present conflict is very unlike the Cold War in one sense: there is no “communist threat.” There are communist partisans in Ukraine of course; hot with their memories of the Nazis and fascists they fought in the Ukraine, and whose descendants now are active in the Western-supported Svoboda Party, which represents over 10 percent of the national vote and up to 40 percent in the western Ukraine.

What the West faces in the western Ukraine, and in Russia generally, are the powerful nationalist, ethnic cultural and religious currents recently on display in the successful Olympic games. Any western intervention, direct or indirect, incites that vast well of resistance. Outside pressure toughens inside resolve. 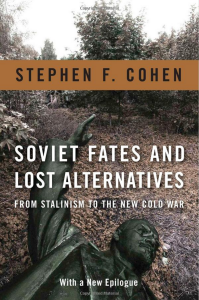 This is hardly to defend Putin’s Russia overall. But the West seems unable to accord the country the significant respect required in coexistence and conflict resolution, and Russia responds accordingly, at times and places of its choosing.

For a sane and informative text on Russia over the decades, see Stephen F. Cohen’s illuminating Soviet Fates and Lost Alternatives: From Stalinism to the New Cold War, Columbia University Press, 2009.