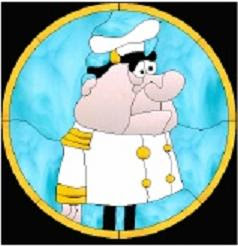 “The top U.S. military commander for the Middle East resigned Tuesday amid speculation about a rift over U.S. policy in Iran,” the AP reports.

Fallon was the subject of an article published last week in Esquire magazine that portrayed him as opposed to President Bush’s Iran policy. It described Fallon as a lone voice against taking military action to stop the Iranian nuclear program.

Fallon, who is traveling in Iraq, issued a statement through his U.S. headquarters in Tampa, Fla.

“Recent press reports suggesting a disconnect between my views and the president’s policy objectives have become a distraction at a critical time and hamper efforts in the Centcom region,” Fallon said.

“And although I don’t believe there have ever been any differences about the objectives of our policy in the Central Command area of responsibility, the simple perception that there is makes it difficult for me to effectively serve America’s interests there,” Fallon added.

Gates described as “ridiculous” any notion that Fallon’s departure signals the United States is planning to go to war with Iran. And he said “there is a misperception” that Fallon disagrees with the administration’s approach to Iran.

“I don’t think there were differences at all,” Gates added.

As ThinkProgress notes, Fallon opposed the “surge” in Iraq and has consistently battled the Bush administration to avoid a confrontation with Iran, calling officials’ saber-rattling “not helpful.” Privately, he vowed that an attack on Iran “will not happen on my watch.”

A blockbuster Esquire article published last week predicted that Fallon would be removed to make way for a general who was more “pliable” to war with Iran:

If, in the dying light of the Bush administration, we go to war with Iran, it’ll all come down to one man. If we do not go to war with Iran, it’ll come down to the same man. He is that rarest of creatures in the Bush universe: the good cop on Iran, and a man of strategic brilliance. His name is William Fallon, although all of his friends call him “Fox,” which was his fighter-pilot call sign decades ago. […]

Just as Fallon took over Centcom last spring, the White House was putting itself on a war footing with Iran. Almost instantly, Fallon began to calmly push back against what he saw as an ill-advised action. Over the course of 2007, Fallon’s statements in the press grew increasingly dismissive of the possibility of war, creating serious friction with the White House.

Last December, when the National Intelligence Estimate downgraded the immediate nuclear threat from Iran, it seemed as if Fallon’s caution was justified. But still, well-placed observers now say that it will come as no surprise if Fallon is relieved of his command before his time is up next spring, maybe as early as this summer, in favor of a commander the White House considers to be more pliable. If that were to happen, it may well mean that the president and vice-president intend to take military action against Iran before the end of this year and don’t want a commander standing in their way.

Senate Majority Leader Harry Reid (D-NV) quickly released a statement: “I am concerned that the resignation of Admiral William J. Fallon, commander of all U.S. forces in the Middle East and a military leader with more than three decades of command experience, is yet another example that independence and the frank, open airing of experts’ views are not welcomed in this Administration.”

President Bush issued a statement saying that Fallon “has served our Nation with great distinction for forty years. He is an outstanding sailor — and he made history as the first naval officer to serve as commander of Central Command. “

Gates said that until a permanent replacement is nominated and confirmed by the Senate, Fallon’s place will be taken by his top deputy, Army Lt. Gen. Martin Dempsey.

The secretary called Fallon a very able military strategist and said his advice will be missed at the Pentagon.

“I think this is a cumulative kind of thing,” said Gates, speaking of the circumstances leading up to Fallon’s decision. “It isn’t the result of any one article or any one issue.”

“As I say, the notion that this decision portends anything in terms of change in Iran policy is, to quote myself, ‘ridiculous,’ ” he said.