Naomi Wolf’s ‘The End of America’ 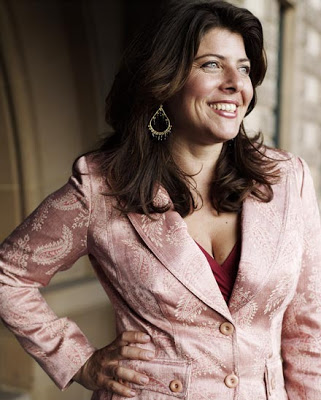 Although many people compared President Bush and his policies with the actions of Adolph Hitler in Nazi Germany, few were able to itemize the process of converting a free society into a dictatorship like Naomi Wolf in her book and movie titled “The End of America”.

Naomi outlined what President Bush did in his two terms and illustrated the parallels to Germany, Italy and Russia during the 1930s, and Chile during the 1970s. She says there are ten steps to removing freedom from a society.

The great dictators learned from one another on how to close down a society. There were 10 steps taken. Naomi Wolf studied the Pinochet regime 1973. Over the past 8 years, Naomi says that a small group of people set out to undermine the U.S. constitution.

Germany would not have looked much different from the US today. Germany in 1931 had human rights and gay rights organizations. They were relatively free.

Heimat (Homeland) became a popular phrase in discourse within Germany during the 1930s. The Nazis used the historic term, first patriotically but later nationalistically. They employed Heimat to convince their citizens that anything foreign was bad. Soon after September 11th 2001, the government used the term in the newly created mega-agency called “Homeland Security”.

Wolf lays out ten steps necessary to convert a free society to a dictatorship.

1) Invoke an internal and external threat – The Bush Administration used a terrible crime against our nation after 9-11 to launch a “war on terror”. Other countries hit by terrorists went after the bad guys without destroying their own liberty. The government created the Dept of Homeland security to manipulate our levels of fear. Israel does not make some days orange and some days red. They take pride in not trying to frighten their citizens.

In Berlin in 1933 the Reichstag (German parliament) was set on fire by an arsonist. The Nazis used that event to subvert the German constitution. They passed Clause 2 of the Enabling Acts that basically gave Hitler dictatorial power. The state could open the mail and listen to phone calls. Parliament gave up their power. In 2001 the Bush Administration pushed through the Patriot Act. This gave the government power to wiretap without a warrant among other things.

2) Secret Prisons where Torture takes place – Both Hitler and the Bush Administration called torture the same thing – “enhanced interrogation”. They needed prisons outside the rule of law. Wolf said the U.S. government put electrodes on genitals, hung prisoners by their hands, exposed them to heat and cold over and over again, among other things.

The administration said they tortured people because it was necessary to save American lives. Military Order number one stated that the President can pick up any non-citizen anywhere in the world that he thinks is a terrorist. In 2002 John Yoo, a member of Bush’s legal council, wrote a memo that narrowly redefined torture. Severe suffering had to be inflicted with specific intent, according to Yoo. There were 16 approved methods of interrogation. Rumsfeld expanded that to 35.

Wolf says we should care if brown people with Muslim names are tortured. In 1931-32 torture was still illegal in Germany, but the SA would drag people out of their homes and put them in torture chambers. They also called it “enhanced interrogation”. Bush stated that the Geneva Convention does not apply to our detainees.

Retired General James Cullen, Chief Judge of the U.S. Army, said “This is not the last war… What we do today is creating a precedent as to how American prisoner of wars who are not yet born will be treated in the future.”

In 2006 Congress passed the Military Commissions Act (HR-6166) which stripped prisoners of any rights. Prisoners can now be held indefinitely without a trial. This is modeled after Hitler’s People’s Court – you can be tried without anyone knowing it. A US citizen could also be defined as an enemy combatant.

3) Paramilitary Force – Hitler had his brown shirts, and the US has Blackwater. These groups can act outside the Constitution because they are not government agencies.

The Eric Prince family has contributed 2.4 million to Republican Party. Naomi says Blackwater picked torturers and killers from other countries to fight for the US. Naomi says that the government started protecting agents who were accused of murder.

Wolf considers Blackwater a “stealth threat”. Mussolini started using soldiers who came back from war to beat up his own people. His Black Shirts were outside the rule of law. Blackwater has been used in the US during the Katrina disaster. Armed to the teeth, they drove up and down the streets in New Orleans. Jeremy Scahill, author of “Blackwater”, saw contractors shoot at civilians.

Naomi said the Blackwater website stated they hope to focus on protests in the United States (like Manhattan NY). There is a concern that there may be civil unrest if the U.S. economy falls apart.

4) Survail ordinary citizens – Germany kept lists of their citizens. It is a way to keep people in order. You are afraid you might get on the list so you don’t speak up. Hitler developed lists of the Jews so they could quickly round them up.

Later Stasi files were used in East Germany. Every society keeps a list before they remove freedom. You want to make everyone fearful of speaking out.

In the US normal people can get on a “watch list”. The boarding passes will have a SSSS on it. Naomi Wolf has this on her boarding pass and she is always taken away from the line and searched separately.

David Zirin said one informant was named Lucy. He questions whether this is a good way to spend taxpayer money. Wolf says they may send agents into groups to disrupt them.

6) Detain and Release Ordinary Citizens – The Nazis did this at random to keep people in line. This happened to James Yee. He was while returning from service in Guantanamo. He had printed articles from the Internet and was accused of being a terrorist spy. Yee was held in solitary confinement for 76 days. Now every time he crosses a border the government detains him.

Yee was held in Charleston South Carolina where other US enemy combatants are held. This is commonly done to Muslims today. The Nazis began to detain people arbitrarily before they focused on Jews and Gypsies.

7) Target Key Individuals – Similar to book burnings in Germany, The Dixie Chicks were banned by Clear Channel. People began burning their CDS. Members of the popular country group said they were embarrassed that President Bush was from Texas.

CIA agent Valarie Plame was singled out too. Joe Wilson said the Bush Administration exposed his wife to cover up government lies. Later Plame said she noticed that bolts holding her backyard deck up were loosened.

8) Restrict the Press – The Bush Administration targeted the New York Times. “There is no excuse for Newspapers to print it,” President said. They wanted to prosecute reporters under the Espionage Act.

Bilal Hussein was an AP photographer in Iraq. He was arrested by the U.S. military and imprisoned for possessing bomb parts. He was later released for lack of evidence. There are still political questions raised about his arrest.

Josh Wolf was imprisoned in the United States. After a San Francisco Bay area protest, he spent 226 days in jail because he refused to give his tapes to investigators. His sentence was longer than any other journalist in US history. Wolf says the government wanted to know who was protesting the government.

Stalin trampled on the rights of the press and even executed a journalist.

9) Recast Criticism as Espionage and Dissent as Treason – Amy Goodman of Democracy Now was arrested at the Republican Convention. Dozens of reporters were arrested at that political event. Even people who were not protesting at a nearby park were arrested. Police seized all videos at the park except one that was hidden.

The Patriot Act of 2001 may redefine protest as treason. The espionage act can be used to send people away for 10 years, and if you are convicted of treason the defendant can be executed. HR 1955 didn’t pass but it could make speeches against the law.

10) Subvert the Rule of Law – In an investigation by the House of Representatives Judiciary Committee, Harriet Miers and Josh Bolten ignored subpoenas. The House wanted to find out if the Whitehouse wanted to replace all of the US Attorneys. Miers and Bolton blatantly ignored the rule of law.

Joseph Goebbels purged all of the state attorneys in 1933. Mussolini ignored parliament. Wolf says ignoring the law is the final step before transitioning to a dictatorship.

Naomi Wolf says this is the last stage before declaring martial law. Beginning October 1st 2008, the army began planning to station an active unit inside the United States to serve as an “on call” response to an active emergency. Some 3,000 to 4,000 soldiers will appear on the streets for crowd control and maintain public order.

The National Socialists (Nazis) began unloading their war dead off of trains in the middle of the night so no one could see the casualties. Bush didn’t allow pictures of the coffins coming back from Iraq. President Obama recently overturned this policy.

Wolf recommends all Americans stand up for freedom and join the movement to support the American Freedom Agenda Act. The act will stop torture and rendition. The act would also stop the abuse of the Espionage Act and violations caused by the Patriot Act, like illegal wire taps and the ability of police to break into your home without a warrant.

President Obama has already made some moves to overturn Bush signing statements and policies.

5 Responses to Naomi Wolf’s ‘The End of America’