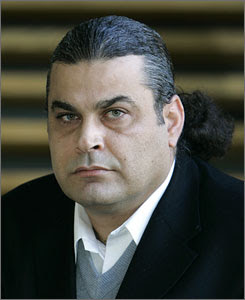 Washington — A German citizen thwarted in the U.S. courts is taking his allegations of abduction and torture at the hands of the CIA to the Inter-American Commission on Human Rights.

On Wednesday, the American Civil Liberties Union petitioned the commission on behalf of Khaled el-Masri, saying the U.S. government should be called on to apologize for its treatment of el-Masri and that the CIA’s anti-terrorism rendition program should be found unlawful.

The commission, headquartered in Washington, D.C., is an autonomous organ of the Organization of American States of which the United States is a member.

A German of Lebanese descent, el-Masri says he was abducted in December 2003 at the Serbian-Macedonian border and flown by the CIA to Afghanistan and abused as part of the administration’s rendition program.

The Bush administration invoked the state secrets privilege in el-Masri’s case, shutting him out of the U.S. court system. The Supreme Court last year refused to hear his case.

The CIA declined to comment about the petition filed on el-Masri’s behalf by the ACLU.

President Bush and others have confirmed the existence of the CIA’s rendition program, but the facts central to el-Masri’s claims “concern the highly classified methods and means of the program,” the government said.

By refusing to hear el-Masri’s case, the high court passed up an opportunity to review the doctrine of state secrets, which critics say this administration has used more frequently than its predecessors.

“This administration has routinely abused the state secrets privilege to avoid any accountability for egregious violations of the Constitution and international law,” Ben Wizner, staff attorney with the ACLU National Security Project, said in a statement.

El-Masri says the CIA mistakenly identified him as an associate of the Sept. 11 hijackers